EXECUTIVE DIRECTOR
CHAIRMAN OF THE BOARD 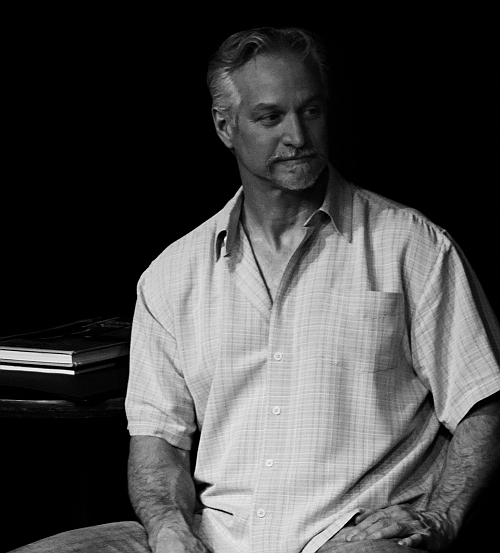 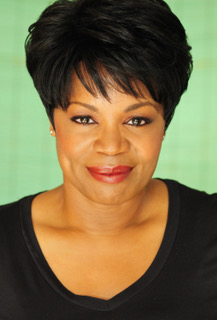 Monique Edwards is an actor, singer, director who has steadily built a solid reputation in television, film, stage & commercials.

Most recently, Ms. Edwards completed filming episodes of “Mr. Mercedes”, “Conan” and the academy award nominated film, “Lady Bird”. Her stage credits include “If All the Sky Were Paper” “My Child: Mothers of War” and the Vagina Monologues. 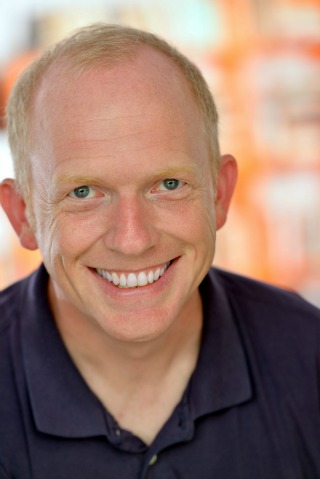 A native of Seattle, Skip is a founding board member and current Secretary/Treasurer of United States Veterans’ Artists Alliance.

He is an award winning actor that has performed on many LA stages, national tours, film, television, commercials, and voice over projects. Notably, he has appeared in USVAA productions of Custer and Bug. Skip is a passionate supporter of the art of story telling no matter the medium. 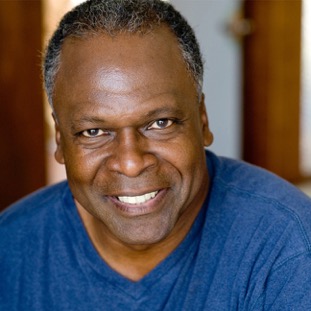 Kim has starred in many films and stage productions including “Frankincense” and “Henry V” at the Pacific Resident Theatre Company and “Changes in the Mating Strategies of White People” at the Lounge theatre (Nominated by NAACP for Best Actor 2014). 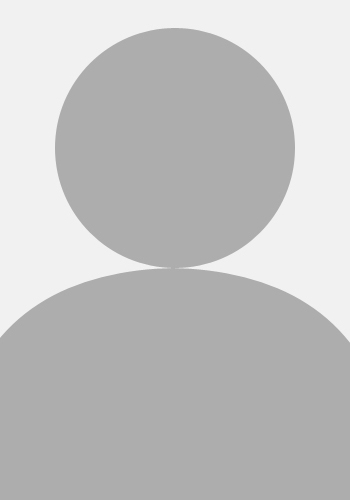 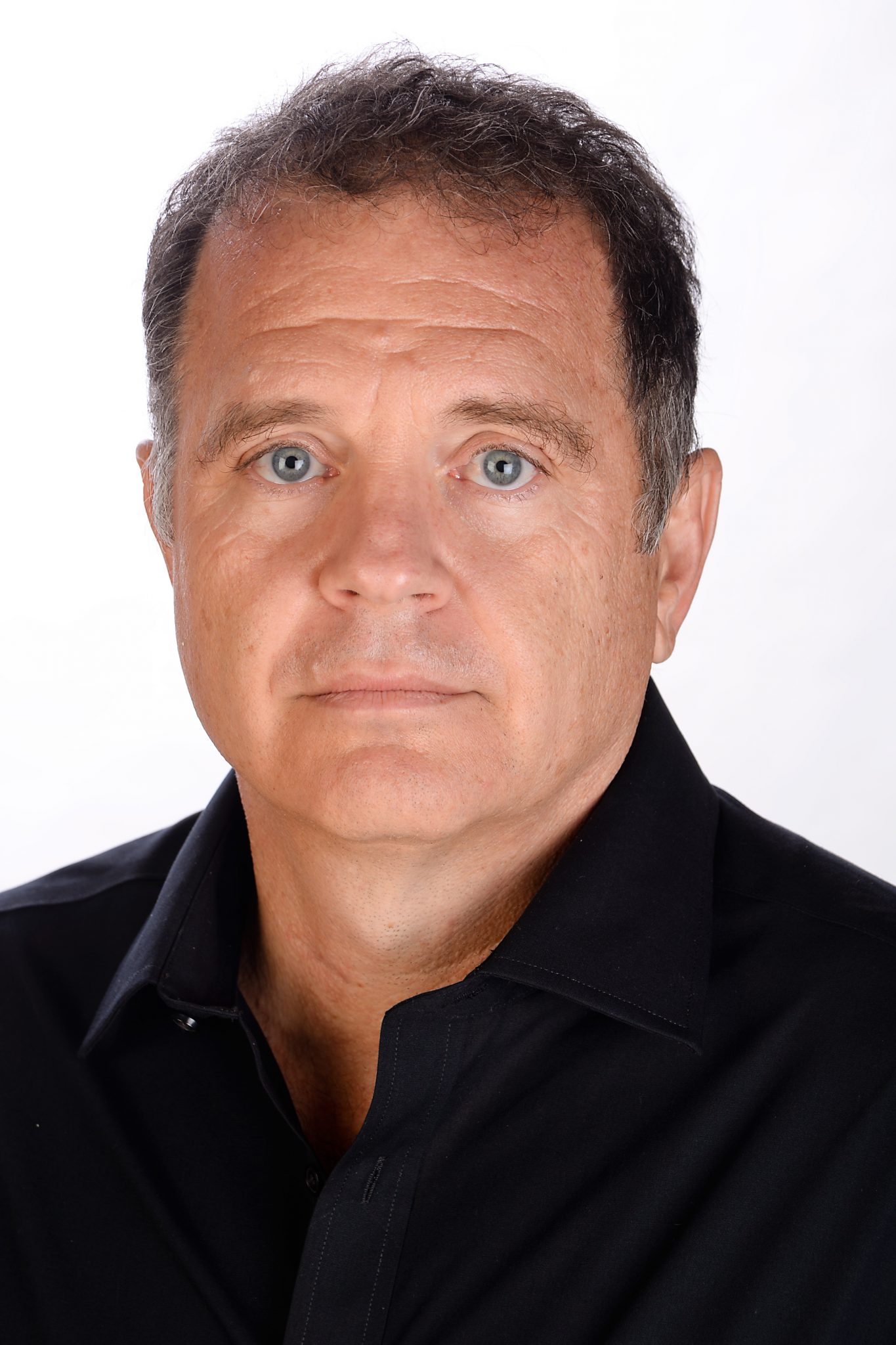 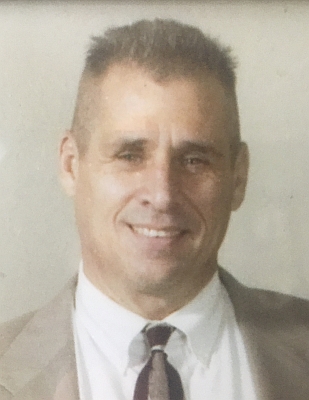 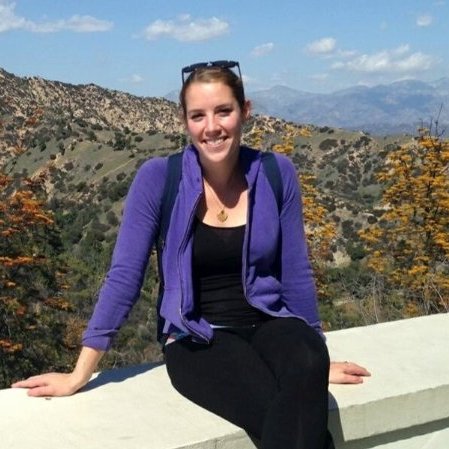 Jen Lavita is a painter whose colorful works express are endowed with a simple serenity, often drawn from the beauty of nature.

Seeking to challenge herself, Jen enrolled in the ROTC while earning her BFA at Syracuse University. This led to four years of service in the US Army as an air defense artillery officer. After mustering out, Jen relocated to the West Coast and began her career as an artist. Today she is a resident artist at the Grand View Fine Art Studios in Los Angeles. 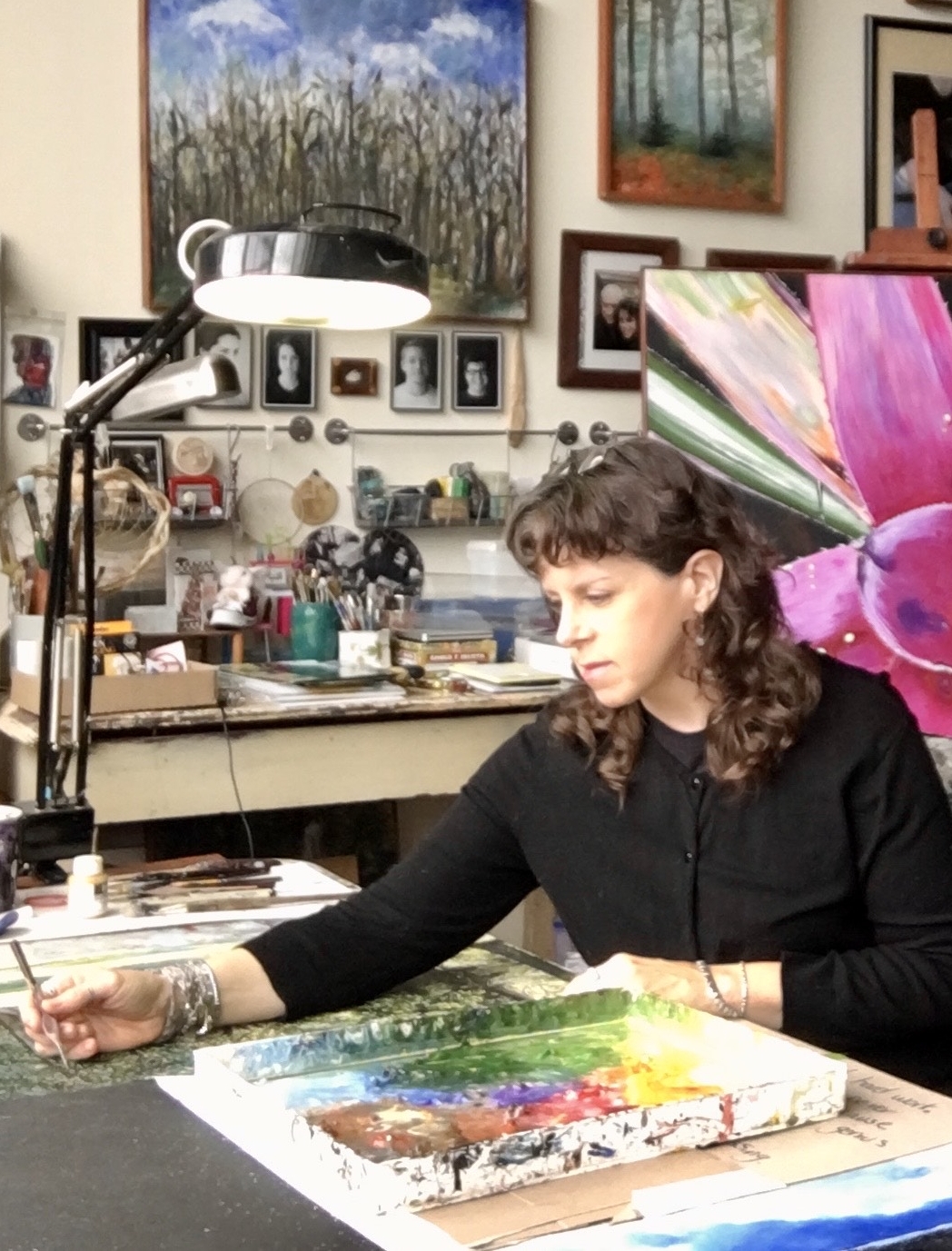 I grew up in the foothills of the Berkshire Mountains in Connecticut and began lessons with oils when I was nine.

Now my chosen medium is acrylics because they work well in my traveling lifestyle. My path has offered the opportunity to live in several states, the Carolinas, California, Virginia, Texas, Hawaii, Kansas, and Massachusetts. My paintings have found homes as far away as Japan, Norway, and South America. The years I spent as a linguist in the US Army and a Marine Corps dependent gave me the gift of travel. Browsing my portfolio is holding postcards from my life. Hanging my work in your space is a window to something that clung to my heart and mind long after I moved on my path. 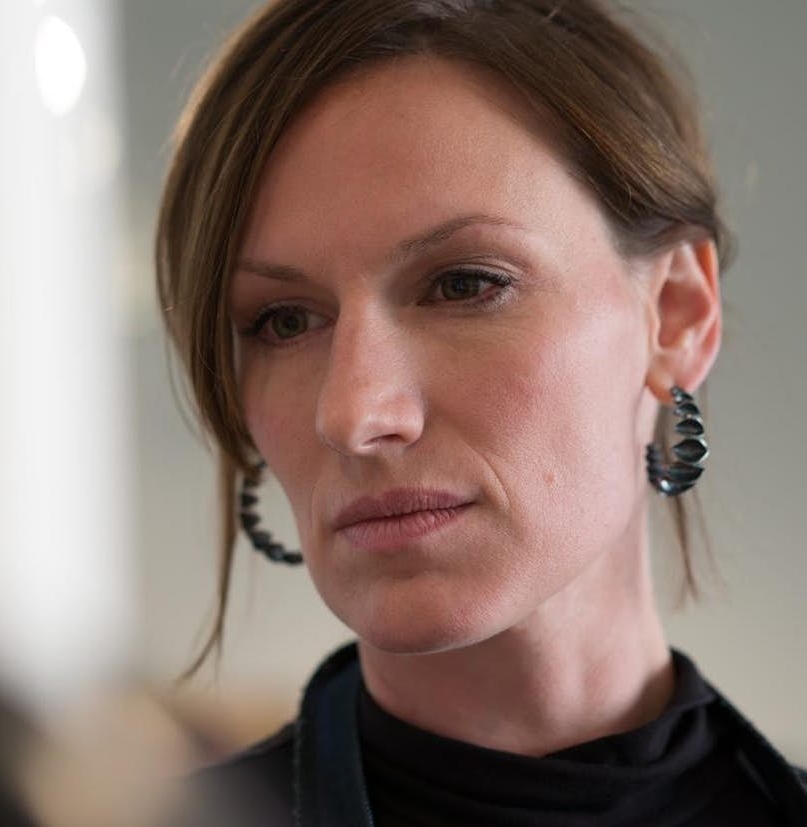 Jamie is a visual artist working mainly in oils, watercolors, and ink. She specializes in contemporary portraiture and design work. Jamie is a Minnesota-born, U.S. Air Force Veteran, and a colleague of the USVAA. She has also become a leader in the event industry as a live painter, having been invited to paint at many prestigious venues, including the Library of Congress and U.S. Supreme Court Building. Her portrait work has been exhibited in many galleries here in the U.S. and in Europe and resides in countless permanent collections, including the Children’s National Medical Center and Children’s of Alabama. Her design portfolio includes work for Swiss Army/Victorinox, Wounded Warrior Project, and now Onward Press! 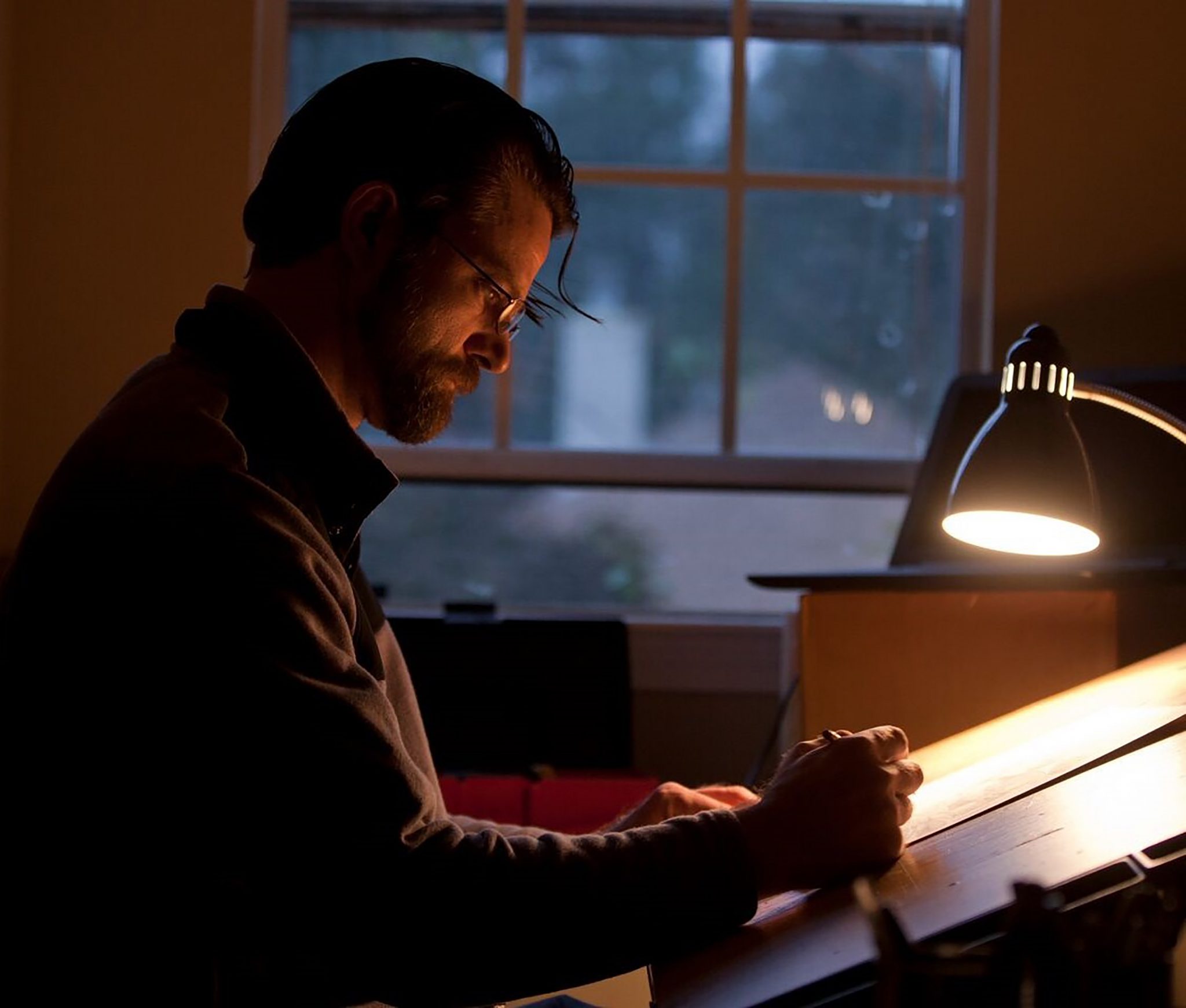 Tevor Denham is a Marine Corps Veteran and illustrator.

As an artist, Trevor has worked as a magazine illustrator from Mad Monster Magazine and other publications. He received a BFA from Ringling College of Art and Design, and has created creatures, storyboards, and graphic novels in addition to his signature pen and ink illustrations. 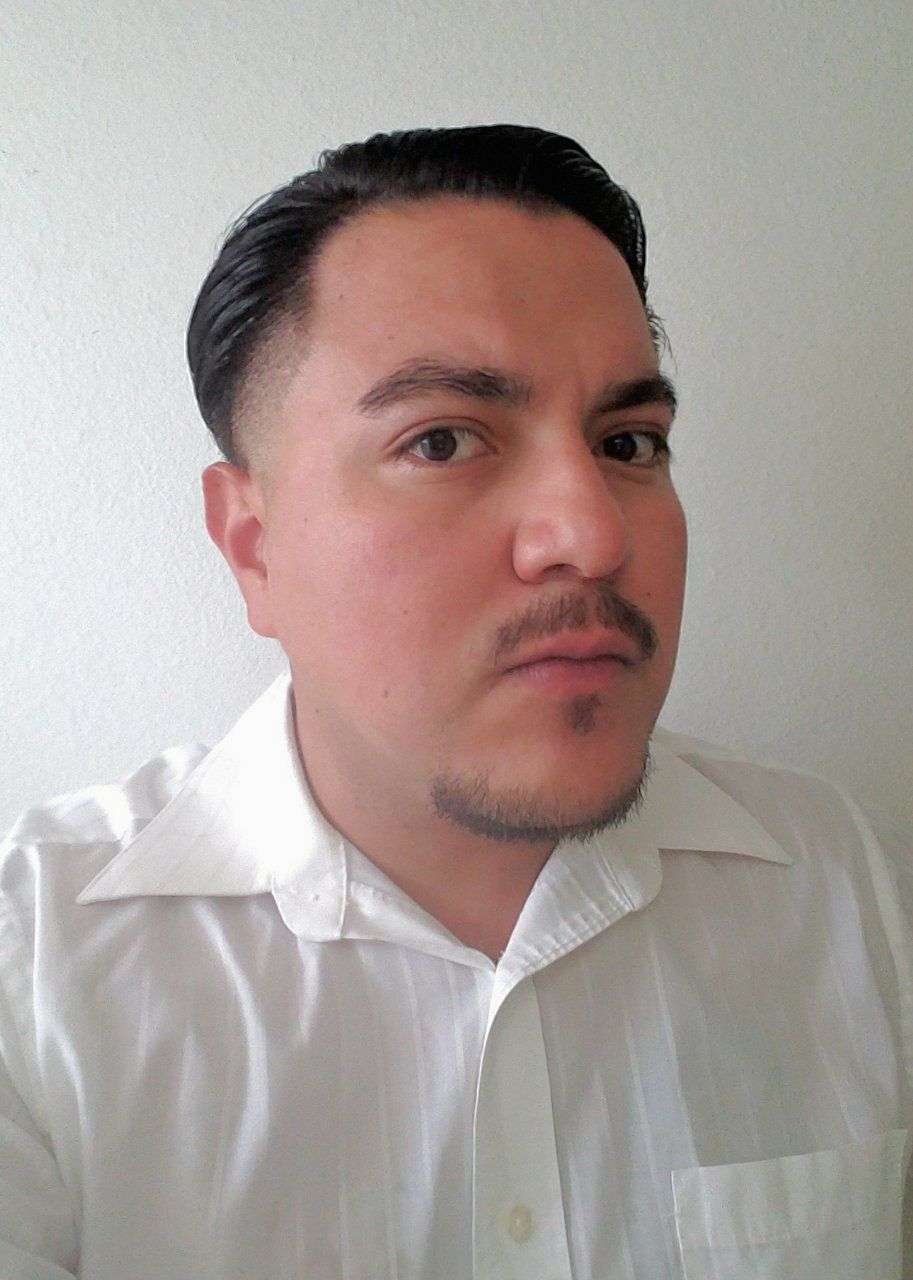 Roberto Carlos Zea is a Marine Corps Veteran of Operation Iraqi Freedom.After faithfully serving his beloved Corps from 2002 to 2006, he pursued happiness, and enrolled at the Art Institute of Los Angeles where he majored in graphic design. As an artist he’s involved in making the community artsy, teaching the youth, and expanding creativity throughout impoverished communities in the greater Los Angeles area.

Fabian is an emerging South Florida artist who focuses primarily on plein air and studio paintings of tropical scenery found throughout Florida. He captures everyday places and things that are associated with living on or near the coast. His paintings are about escapism. Fabian works primarily in oil and guache. After serving in the United States Marine Corps, Fabian earned a BFA and now devotes his time to art. 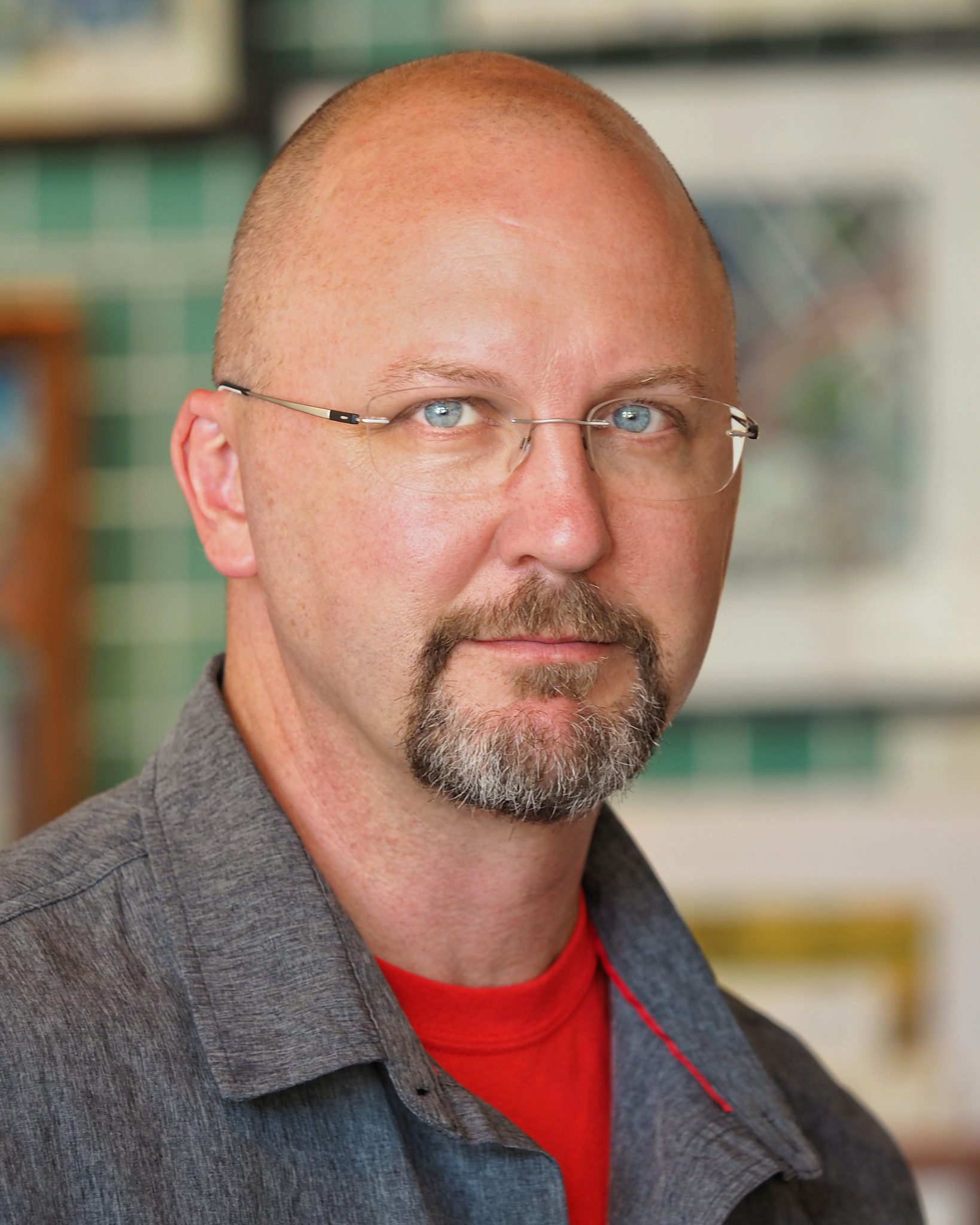 Jason Deckman is a US Army combat veteran. He developed his interest in photography out of a love of travel and exploration. Raised in Upstate New York, he was transplanted to Texas by way of a military career and his native Texan wife. His subject matter is as varied as his interests, which tend to be fairly eclectic. Landscapes form the core of his work, from rural vistas in the Hill Country to detailed shots of wildflowers, waterfalls, and wildlife across Central Texas. Recently, he has been inspired by a fascination with abstract photo techniques, using camera motion and long exposures to render otherworldly scenes of luminance and shadow. 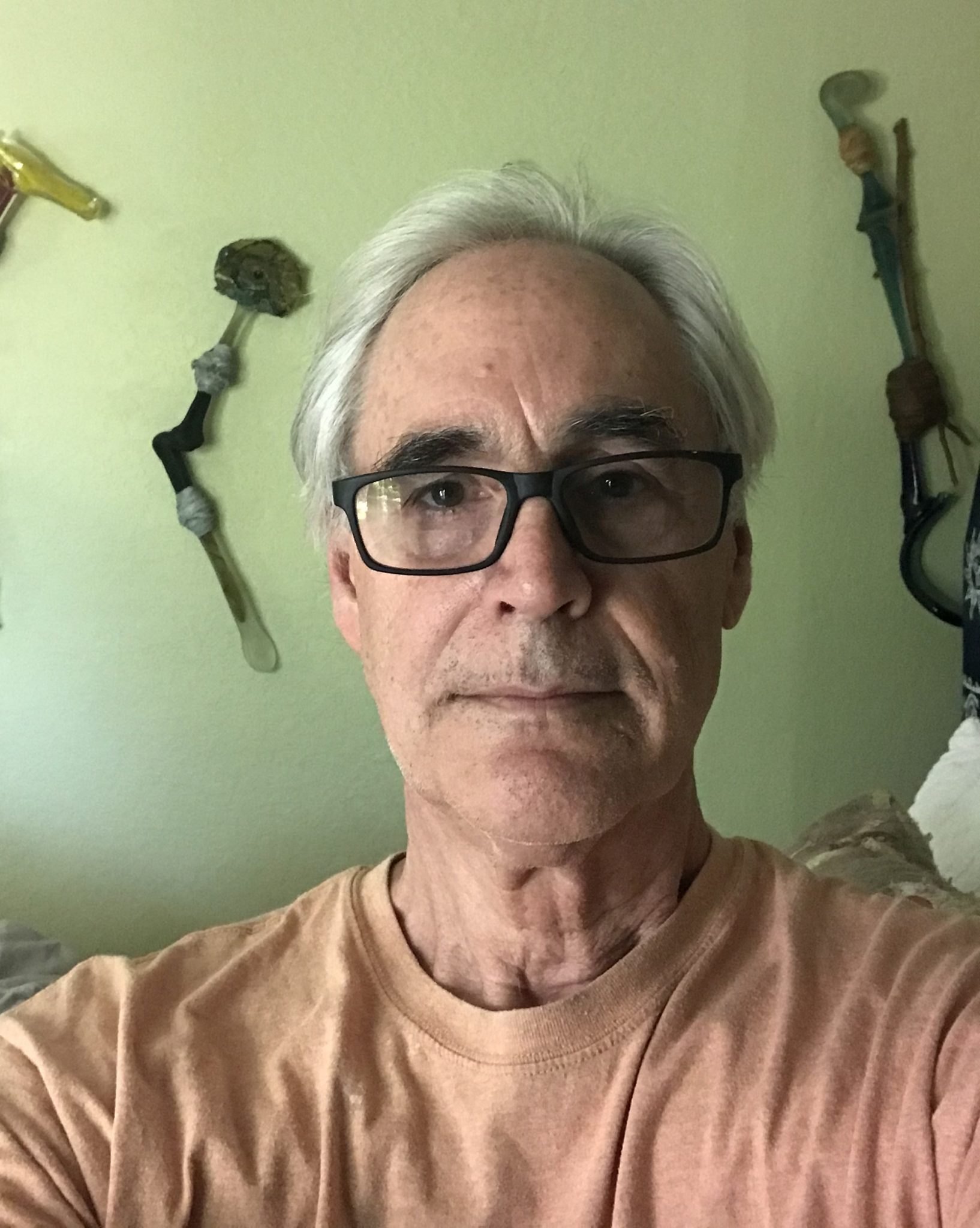 Michael Aschenbrenner is a studio glass artist and veteran, having served in Vietnam as a paratrooper and forward observer with the 101st Airborne Division.

He is acknowledged as one of the first in the U.S. to use glass as a powerfully emotive material rather than a strictly decorative medium. Aschenbrenner’s pieces have been described as “mysterious and moving” and “exceedingly poignant”. 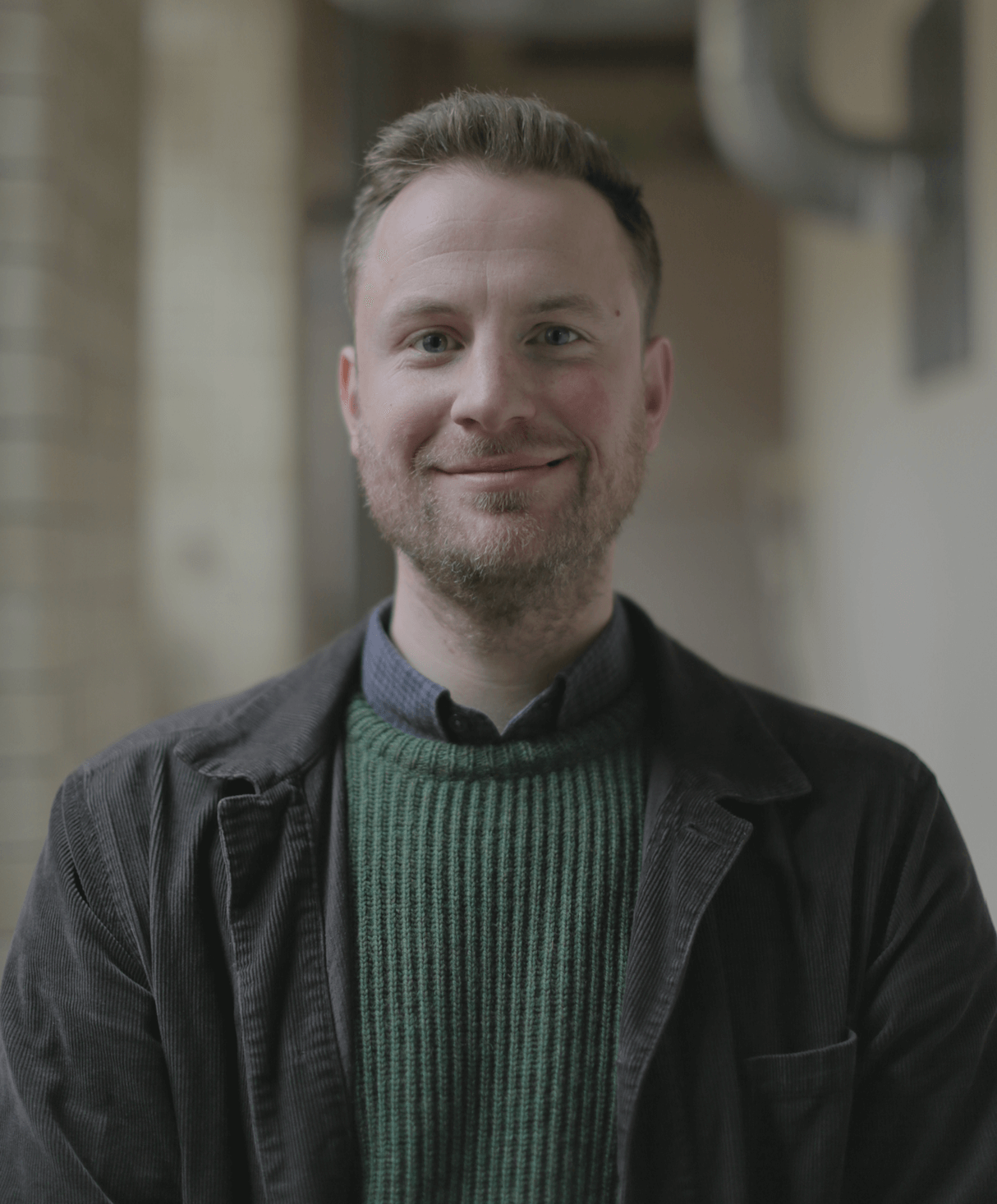 Keith is a US Army veteran of Operation Iraqi Freedom. He is an award-winning film director from the Pacific Northwest of America based in the UK. His work has screened at film festivals globally and has had been broadcast on UK television. He is interested in the themes relating to trauma (psychological and physical) and how characters are either compelled to overcome or be destroyed by these experiences.

Alongside directing Keith has worked in various areas of TV/Film and Commercials in roles as varied as camera driver to being a 1st AD. He is a graduate of the London Film School and the Creative England/BFI SW Talent Module. 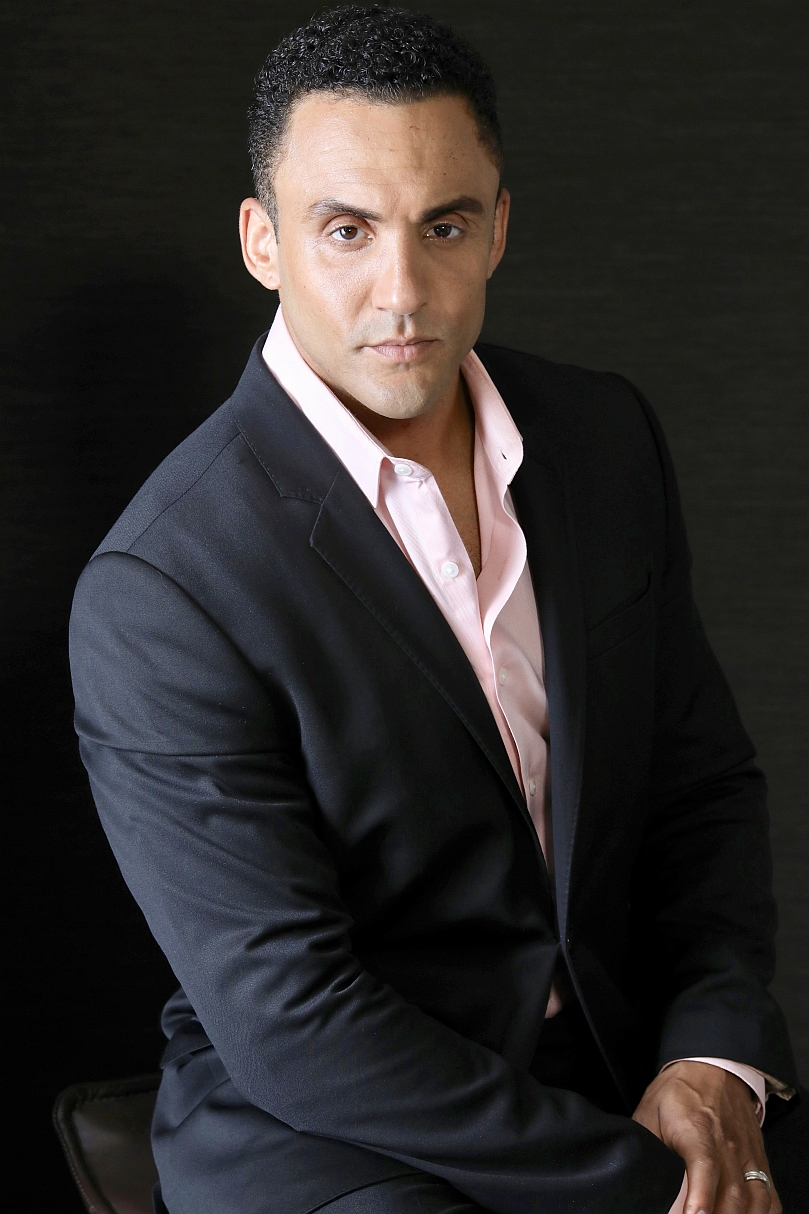 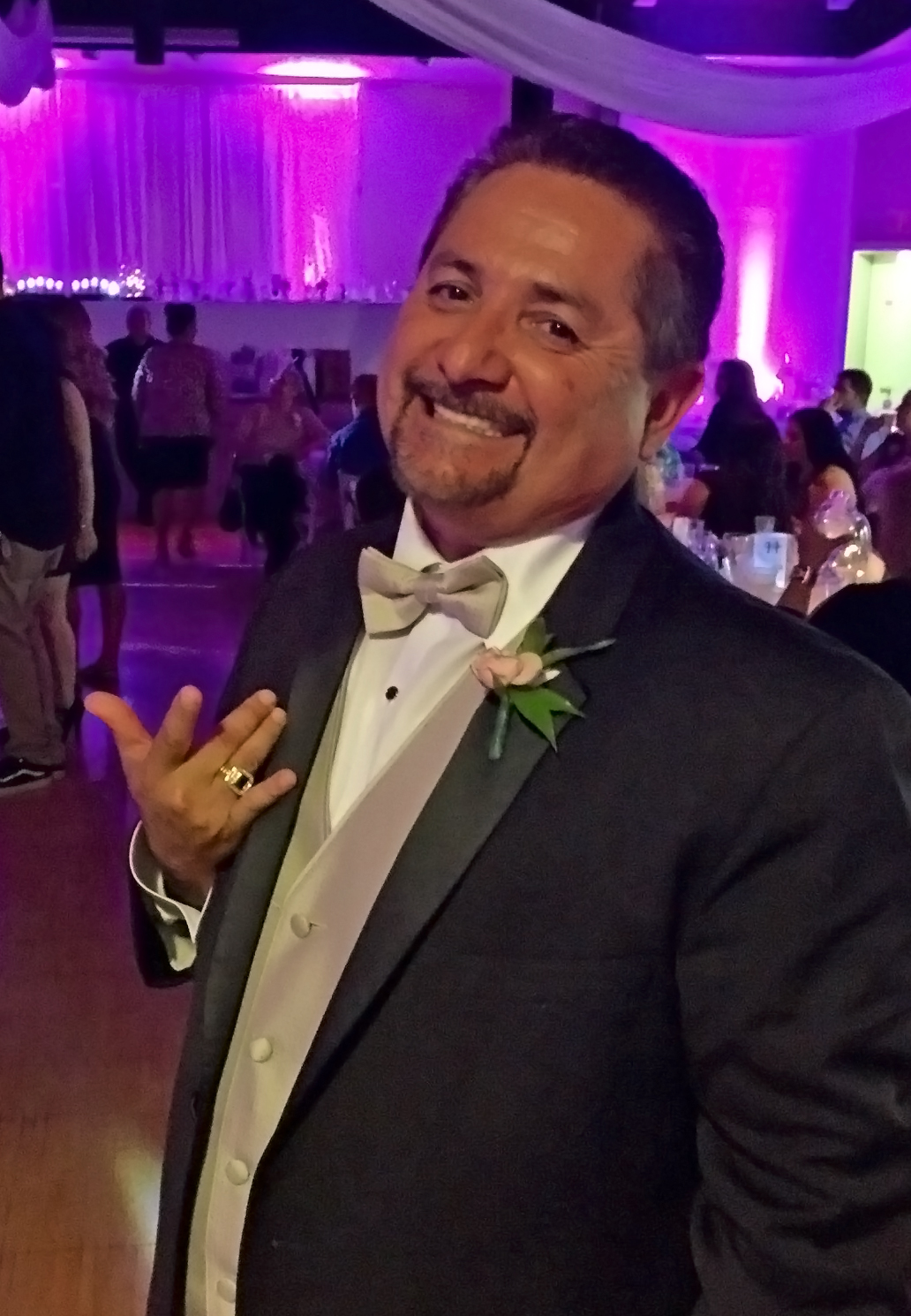 Ruben Rocha is the Manager of Production Operations at Sony Pictures Entertainment.

Ruben was born in San Antonio Texas.  After graduating Belmont High School he enlisted in the United States Marine Corps, going to bootcamp at Camp Pendleton California. His duty stations included Okinawa, North Carolina and Pasadena, California. For his service, he received the Good Conduct, Reserves, and Overseas medals and 2 Meritorious Awards. He was enlisted from 1975 til 1984 and was Honorably Discharged with the rank of Sergeant.