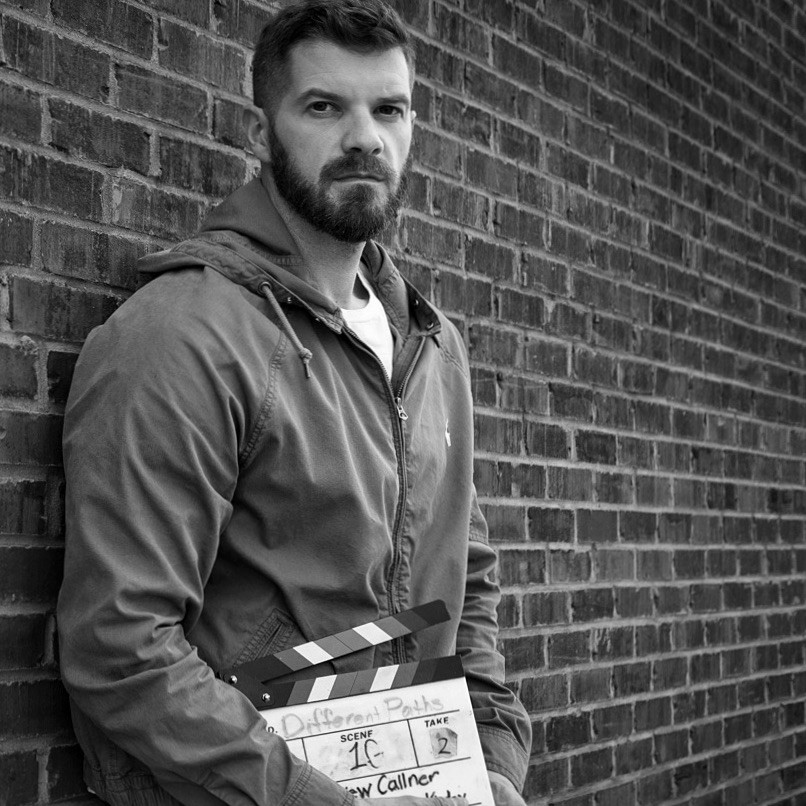 Drew Callner is a United States Marine Corps Veteran. He followed a family history of filmmaking and attended the Art Institute of Seattle in 2002, majoring in video production. After art school, he enlisted in the United States Marine Corps as an Ammo Specialist Technician. Leaving the military, Drew settled with family in Birmingham, AL and began to pursue his passion for filmmaking once again.

From 2014-2017, Drew directed a feature length documentary, Recovering Hope (2017), addressing opiate addiction and recovery. The film was successful and won numerous awards from local and international film festivals. Drew spent the next 4 years working as crew on feature films and television shows, in departments such as: Camera, Art, Locations, Set Design and Set Production.

To date, Drew has won multiple awards as a Director , Editor, and Actor from U.S. and International film festivals and is often acknowledged for his work in addressing sociological issues in the community through film, with a continued focus on veteran’s mental health and substance abuse. As a Director, he uses his military training and deep life experiences to be an asset to all productions he’s involved with.

To learn more about Drew and get in touch please visit: