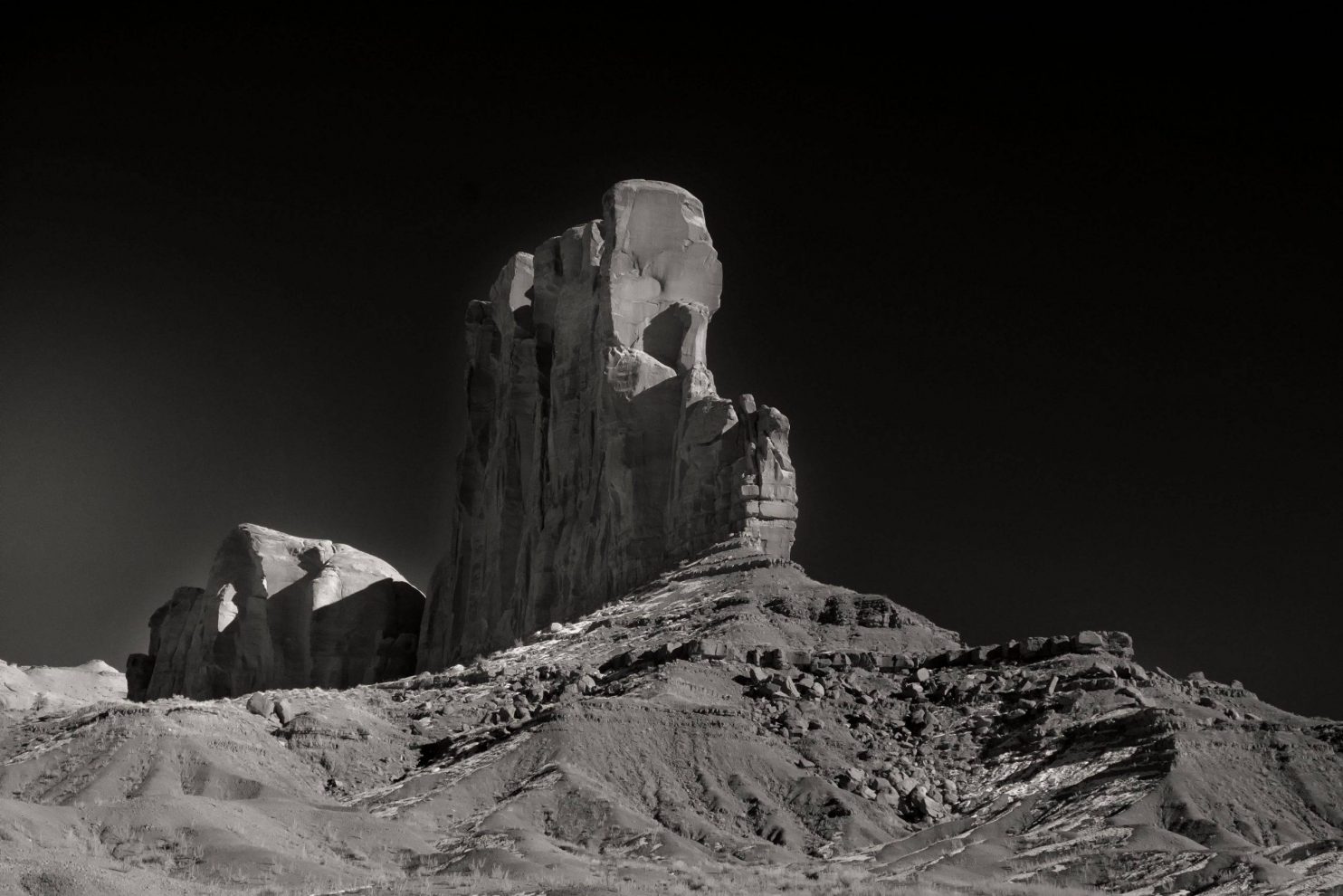 Bill grew up among dairy farms, orchards and truck farms.  This rural environment cultivated his love of nature and landscape.

At age 8 he got his first camera, a Kodak Brownie box. He was only able to afford to process black and white film. Those early experiences surely imprinted him with a love of monochromatic images and led to his explorations of infrared photography.

When Bill was old enough to go to college, the Vietnam Conflict was in full swing. He enlisted in the navy. He served in the vicinity of Israel during the 1966 conflicts with Syria and Palestinians on the West Bank of the Jordan River on an armed emergency squad. He was later assigned to a carrier borne flying squadron as a plane captain. While serving, He bought his first 35mm camera, a Canon rangefinder. The Canon was night and day by comparison with the fuzzy images he had been shooting with his Brownie.

After his naval service, he traveled, surfed, raced sailboats, skied, rode bicycles and motorcycles, etc. He was the first member of his family to graduate from a university, finishing with a 3.95 GPA from University of Redlands with a BA.

He worked for over 30 years in aerospace, laser technology and automotive industries. Early on he successfully sat for the exam and became a certified engineer, although he never attended engineering school. He holds a patent for the vitrification of ceramic material using a laser.  Throughout this time, Bill continued to study art and became ever more proficient in draftsmanship, printmaking, watercolor painting and of course, photography. After a trip to the Himalayas in 1988-89, people began asking if his photos were for sale. Until then, he had always considered photography as an adjunct to his other artwork.

“When I sold a couple of pictures to Steven Spielberg for set decorations, I finally began to consider myself a photographer.”

Due to his work, Bill has lived in eleven states, settling in Missouri in 1993. He was a self-employed management consultant for a number of years, with General Motors, Boeing and many others among his clients. Throughout his years of “bread winning” he continued to study, practice and execute works of art. His devotion to art has been a lifelong pursuit and passion.

Today, Bill is a full-time art photographer and a published author. His books include Hermann, Missouri – One of the Prettiest Towns in America and his limited-edition The Four Directions – A Southwestern Journey which won first place in the 2019 Independent Publishers Awards for Best Coffee Table Book.

He has three other coffee table photo book projects that are currently in the development or the proposal stages.  He recently signed an agreement to produce a book on the Tennessee Whiskey Trail.

Bill was honored as Artist in Residence at Fort Union National Monument in Watrous, New Mexico in 2019.

To learn more about William and get in touch please visit the following links: