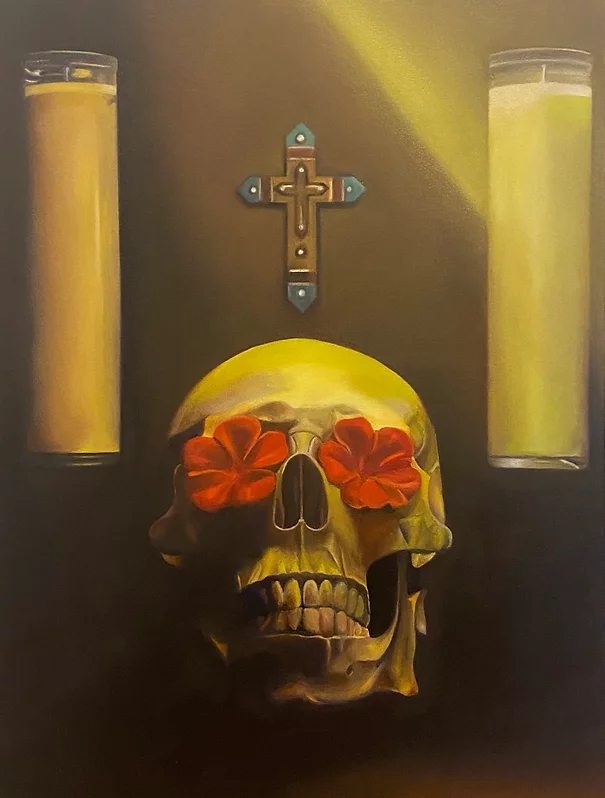 Emmett Graham is a realist painter who lives in the southwest United States.  He is a Marine Corps veteran, born in Warner Robins, Georgia and raised in Pueblo, Colorado. Graham received his formal training at Scottsdale Artists’ School, holds a BFA in Painting from Arizona State University. Graham’s paintings center on issues of inherited cultural Identities, rendering indigenous and Meso-American historical iconography in the style of traditional Italian renaissance painting to mingle and confuse the visual languages of his own ancestral lineage. He keys in on the 15th century invasions of the Americas as the cataclysmic turning point where these two worlds collided to create the stark and enduring duality of pre- and post-Columbian cultures. Attempting to understand and express his own fanning lineage, with its inherently complicated unions and conflicts, by juxtaposing cultural symbols, cues and tableaus, Graham goads the careful viewer to the same task.

To learn more about Emmett and his art, please visit HIS WEBSITE