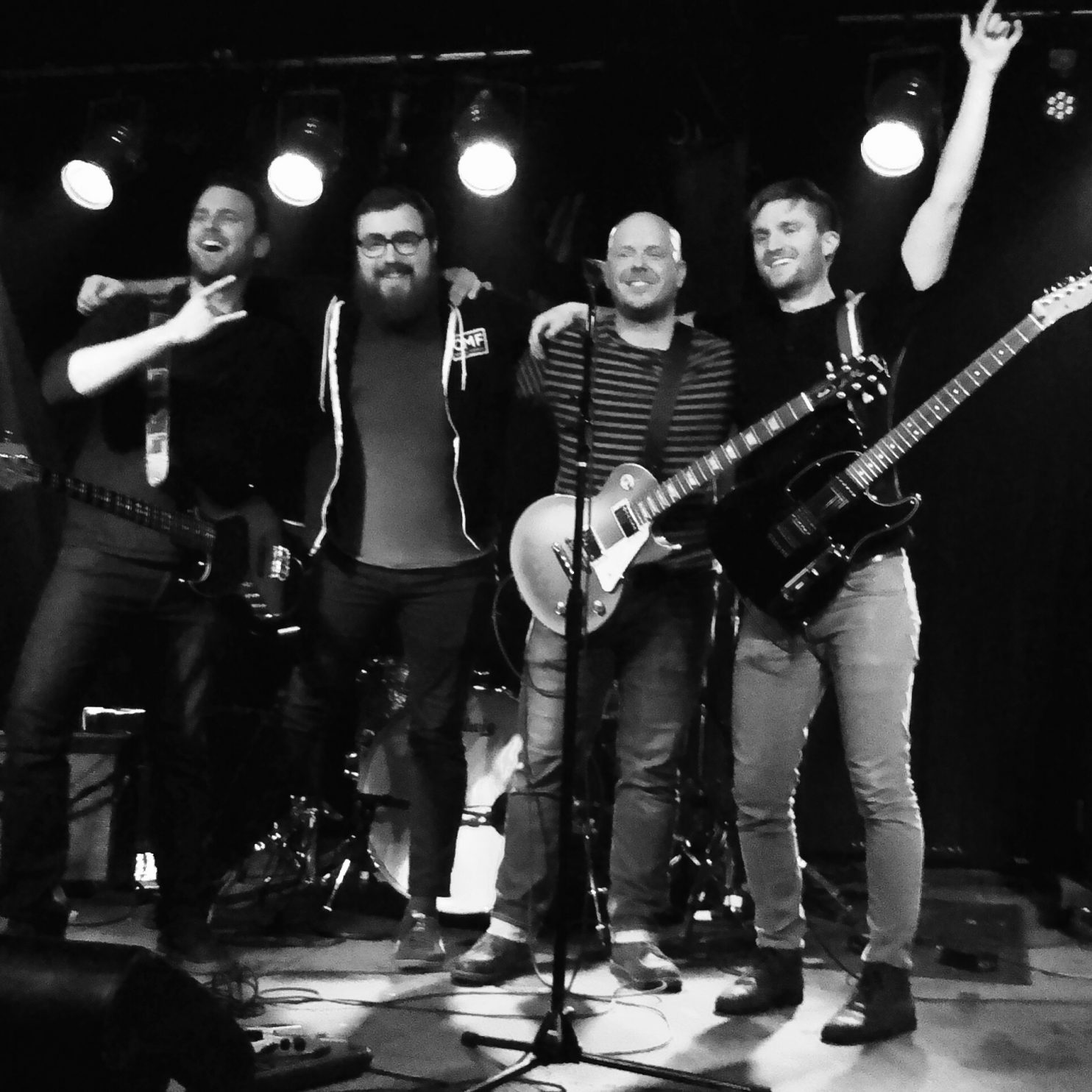 MAJOR GLEN is an established hard rock band from Denver, Colorado. Acclaimed in the local music scene, Major Glen has performed in marquee venues all around Denver as well as many of the independent rock and roll venues. Somewhere between the Pixies, Violent Femmes, and AC/DC, hard-rockers MAJOR GLEN are determined to keep rock music alive. Their electric live performances are something to behold and will definitely leave an impression on the audience member.

MAJOR GLEN was founded by Iraq War veteran Barrett Ward and his three friends in 2018. After spending over 13 years as an Active Duty Army Officer, Barrett left active duty to pursue a career in music and teaching. His time in the Army was wonderful and meaningful. Some highlights of his time were when  Barrett served as a paratrooper and a platoon leader in D Troop, 1/509th Airborne Infantry Battalion and later as the commander of Bravo Company, 14th Military Intelligence Battalion in Baghdad, Iraq in 2009-2010. After his deployment, Barrett attended graduate school at The University of Texas Austin where he would eventually earn his PhD in English Literature. Barrett taught at West Point and the United States Air Force Academy prior to transitioning to civilian life.

Barrett has been writing songs and playing guitar and bass for over 25 years. He is lucky to have found the three best musicians in Denver to be in the band.

After failing miserably to play ‘Tequila’ on the trombone, Colton picked up a guitar at the age of 11 and never looked back. He grew up in the Denver suburbs and played with many punk bands in the local scene before finally being adopted by Major Glen in 2018. His influences range from the sonic explosions of Tom Morello, to the sing along anthems of Bouncing Souls, to the odd charms of Possum Dixon. To his neighbors delight, Colton says “when it comes to rock n roll, the louder the better.”

Born & raised in Southern California. Doley’s music adventure began 18 years ago with a guitar class in high school & quickly became a mainstay in his life. His musical style & influence were built on the foundation of classic rock collections from his folks & older siblings. “Rock & Roll, through n’ through!”

Growing up with a dad who was always in a rock band, and living in a house that doubled as a music venue for traveling singer/songwriters, Ben has always been exposed to a wide variety of musical genres and styles. His dad bought him a cheap drum set when he was 10 after he broke countless pencils drumming along to My Sharona. Since then, he hasn’t looked back on his love of drumming. His influences span the musical spectrum, but he always prefers playing loud and heavy rock”