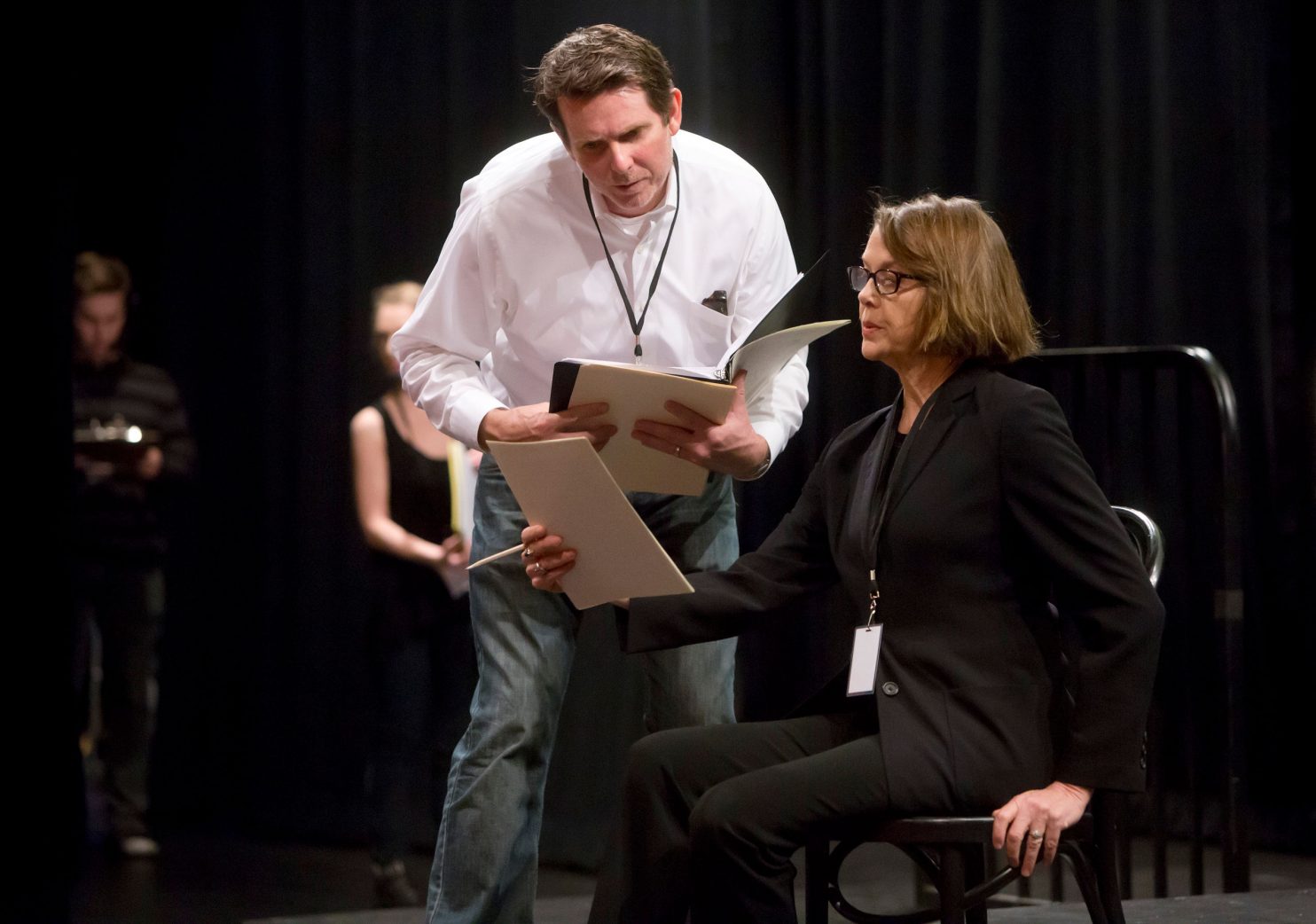 Written by Andrew Carroll and based on his bestselling books of military letters “War Letters” and “Behind the Lines”, directed by John Benitz and presented by Chapman University, in association with Lexicat Artists and USVAA. The cast included several veterans and USVAA colleagues. John Benitz, Chapman University theater department faculty member, and director of “If All The Sky Were Paper” goes over lines with actress Annette Bening before the start of Sunday’s performance at the Kirk Douglas Theatre in Culver City.
Photo by ARMANDO BROWN