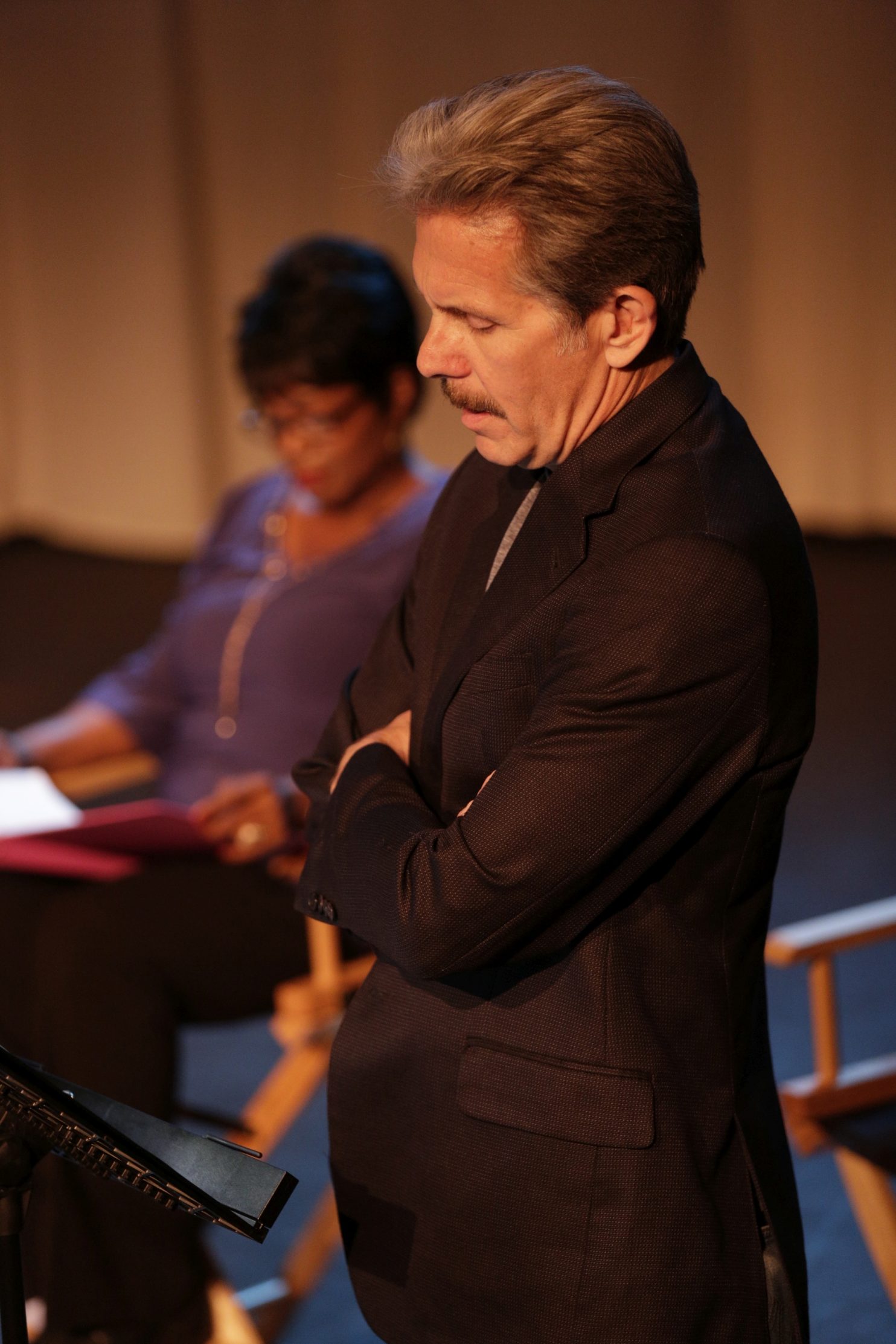 In honor of our nation’s veterans and Veterans Day 2016, the USVAA Veterans Writing Workshop New Works Presentation was staged at The Actor’s Gang 7 p.m.,  November 7th 2017. This USVAA New Works program was a staged presentation of six scenes and selected readings from television and movie scripts, novels and memoirs written by veterans participating in our monthly writers’ workshop. Each scene was performed and directed by many accomplished actors and directors – many of them veterans.

The performance was followed by an audience Q&A moderated by Timothy Wurtz and Sam Wolfson and a reception at the theater.