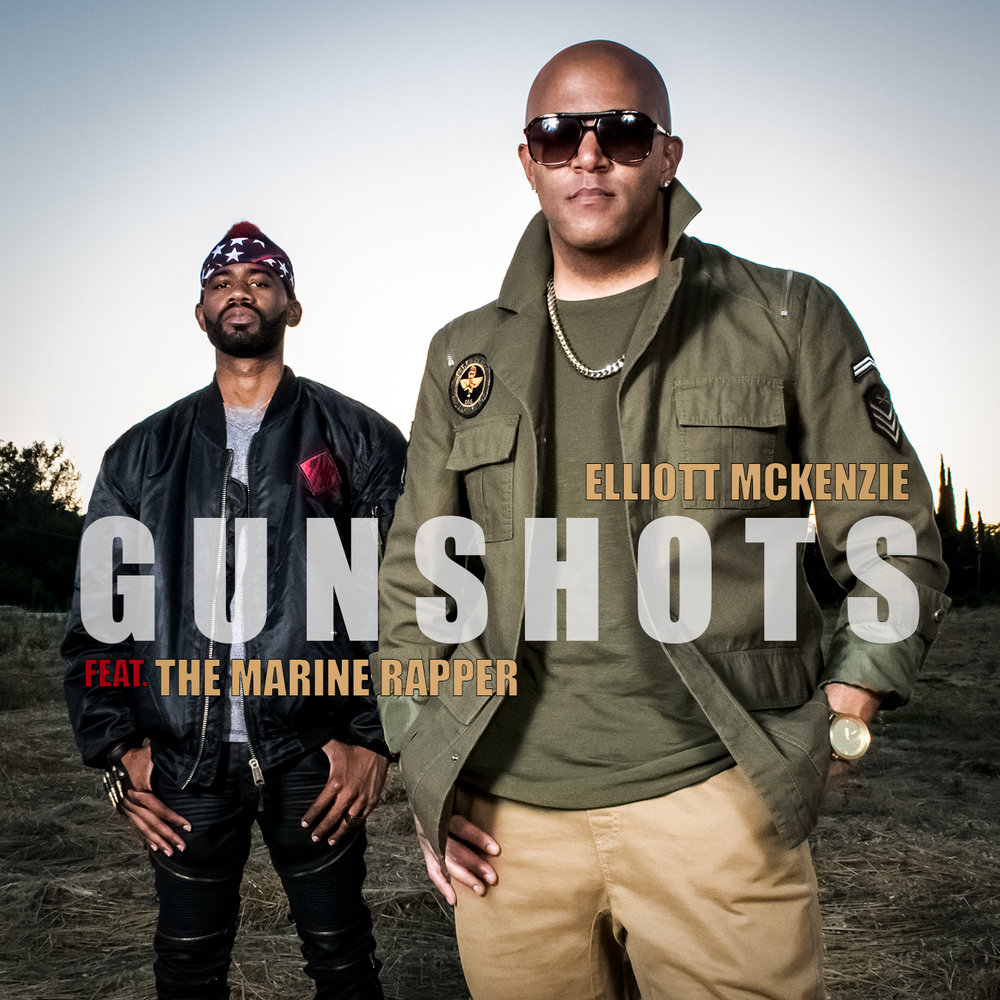 Elliott McKenzie is a Marine Corps and Army Reserves veteran.

He joined the Marine Corps in 2003 only five days after graduating high school. While in the Marines, Elliott served in security forces as a Fleet Anti-Terrorism Marine and also as a Presidential Support Duty Marine. After his time in security forces, he served as an infantry rifleman with 1st Battalion, 5th Marines at Camp Pendleton, CA. While with 1st Battalion, 5th Marines, Elliott was deployed to Ramadi, Iraq in 2005. While in Ramadi, he saw a lot of direct fire combat including firefights, roadside bombs (IEDs), and car bombs (VBIEDs). He returned from Iraq in late 2005 and was then stationed at the White House at Camp Pendleton, working under the Commanding General. In 2007 Elliott decided to leave the Marines and pursue his dreams in the music industry while simultaneously joining the Army Reserves. Serving as a Civil Affairs Specialist in the Army Reserves, Elliott spent a number of years chasing his dreams of becoming a recording artist.

Elliott’s musical dreams were temporarily cut short when Post Traumatic Stress Disorder (PTSD), severe depression, anxiety, and hyper awareness began to take over Elliott’s life in 2008. The issues caused by these problems became so intense that Elliott ended up homeless. He spent over a year in transitional housing until late 2009 until he began his long road to managing his symptoms. In 2010 Elliott began going to college but ended up dropping out in 2013 due to these issues making it extremely difficult for him to succeed in classes. He was failing or earning extremely low grades in the majority of his classes.

While all this was occurring beginning in 2008, music had remained a strongpoint in Elliott’s life. He was writing songs, performing, and recording songs when he wasn’t occupied with schoolwork. After dropping out in 2013 Elliott began seeing a therapist through the VA. This therapist suggested that Elliott use his long time talents and passions within music as a form of therapy. She told him that both songwriting and live performance offer great sources of adrenaline release and therapy. So….Elliott focused more on music as a form of therapy and expression while in school.

In 2015 Elliott returned to school after spending two years in therapy. He went from failing grades to straight A’s and B’s and graduated on the Dean’s list with his associate’s degree in 2016, transferring to a university. In 2017 Elliott released his debut single “Gunshots” (Feat. The Marine Rapper) which is a powerful anthem style song about being a combat veteran with PTSD. The music video that followed has been viewed over 24,000 times on YouTube! Since its release, Elliott has received a lot of attention for his background and story of being a veteran who uses music as a form of therapy for PTSD. Elliott has been featured on CBS News, ABC News, The Raw Word talk show, The VA’s podcast “Borne the Battle”, iheart Radio, LA Times, and has performed live all over the country. His latest single “Fight Back”, another powerful anthem about fighting back against mental illnesses such as PTSD and depression, released in September 2018 and has also received positive reviews. In June 2018 Elliott graduated with his bachelor’s degree in behavioral science.

Currently, Elliott is focused on putting together his debut album, “Therapy Session” while also working full time. Elliott wants “Therapy Session” to be the culmination of all he has been through while also showcasing the talent that America’s military veterans have. He hopes that his music will continue to inspire and motivate both veterans and civilians across the globe to know that no matter what you go through in life, you can overcome it and still live out your dreams. Elliott’s dream is to be a successful recording artist and a source of inspiration for people worldwide.

For more information on Elliott and his music, please visit his website at: www.elliottmckenzie.com