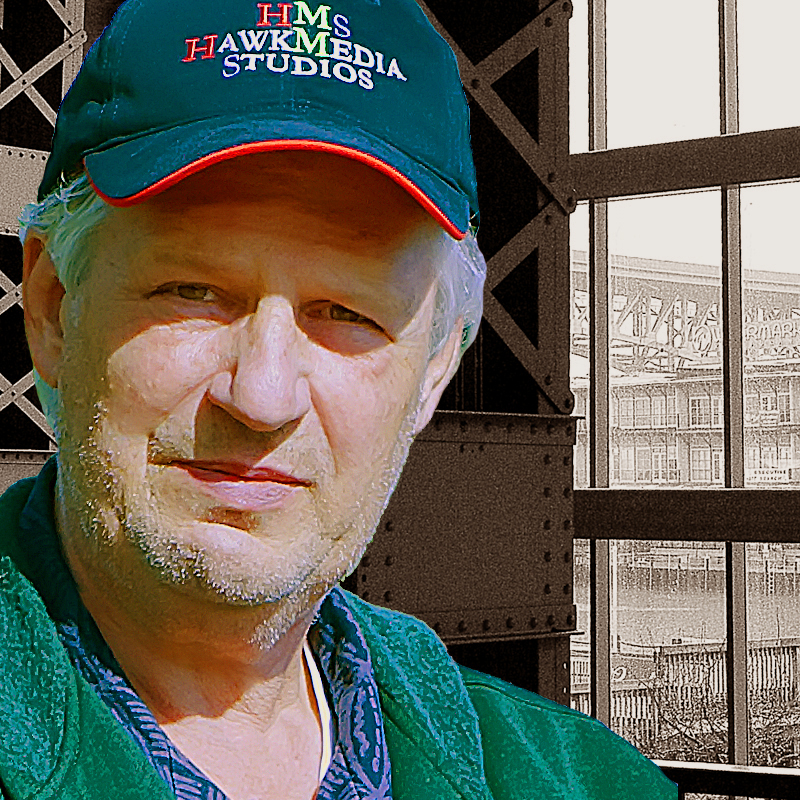 James W. Hawk is an independent film director, writer, and producer. He is also a published author and photographic artist. He proudly served his country as a Scout in the 107th Armored Cavalry.

As a filmmaker, Dr. Raymond Foery, Professor Emeritus Quinnipiac University Film, Television, and Media Arts, said of Hawk, “A truly imaginative filmmaker with a highly sophisticated sense of cinematic acuity.” Hawk’s films have more than 305,000 views. He has had 80 films screened at 37 film festivals/venues around the world. One of his films was an exhibit at an Art Exhibition in Rome, Italy. One of his movies finished as a finalist at a film festival, and four of his films finished as semi-finalists. He has more than 130 credits on IMDb. Prominent industry professionals have given his work outstanding reviews. He has worked with and for the Connecticut Film Industry Training Program for four years as an Associate Producer and Director, Writer, and Producer of the behind-the-scenes films.

As a published author, his first short story, TO beta-VANVERDEN AND BACK, received the maximum five-star rating from Clyde Phillips, a writer, and producer for the award-winning DEXTER television series. His second short story, FAILURE, was number two on Amazon’s top 100 best-selling U.S. short story list. His third short story, WILLARD’S FUNDAMENTAL FORCE, was number eleven on Amazon’s Best Sellers in Science Fiction Anthologies. He recently published a novella, titled CONFLUENCE which is being warmly received with great reviews.

As for a photographic artist, his work can be viewed on the Fine Art America website at the link shown below. One of his works, FOGGY NIGHT ON CIRCUIT AVENUE, was an Official Selection of the Sappixel International Photo Contest.

To learn more about James and his works, please visit the following links: