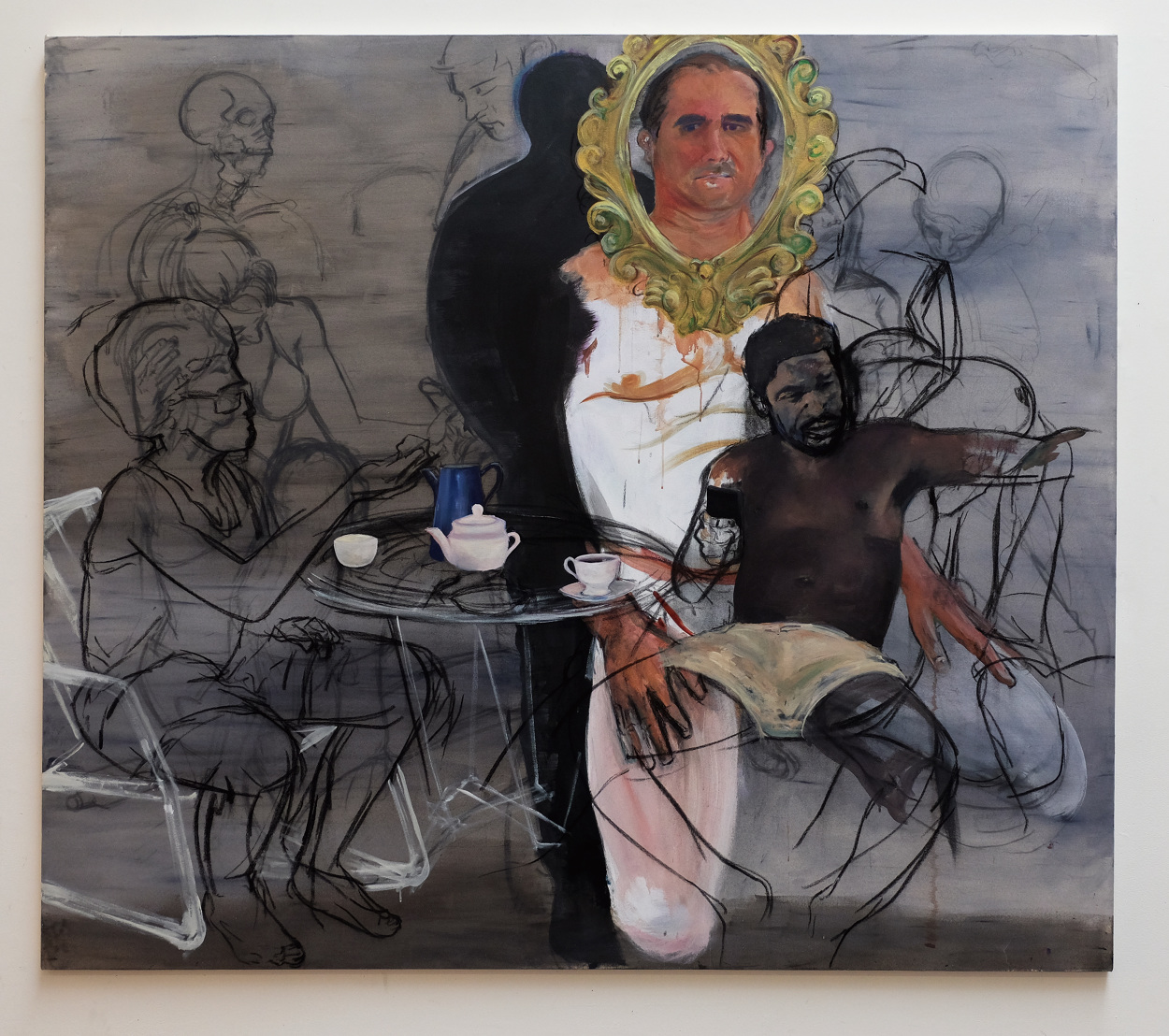 The politics of recognition stands at the intersection of race and empire. It requires the subordinate to acknowledge, learn, and demonstrate their assimilation to the standards of the more powerful, in order to gain certain ‘privileges’ and ‘inalienable rights’ granted to those in charge. I draw propositional interventions between ancient and contemporary history as a tool to provoke skepticism of the hierarchal forms, shapes, and language embedded in western hegemony. Each mark made is preceded by a rhetorical gesture sourced from my personal experience serving in the US Army and being deployed to Baghdad, Iraq. I collage text, drawing, print, and include official army documents to represent the institutional language used to move human bodies in support of military operations – the prologue to training for war. Other mediums of language take the form of drawing and construction sourced from used and discarded materials in order to occupy visual and physical space to represent tensions between empirical influence and interpretation.

I am interested in standards of rhetoric disguised as rational and objective. I reserve skepticism toward the inherited assumptions of the terms ethical and neutral. From my experience within the military – both globally and within the United States – these terms inherit a history in violence of erasure, exclusion, and invisibility through dehumanization. Through the process of constructing paintings and installations, I am trying to engage with the audience a mechanism for identifying a specific residue of western hegemony – language and perception. Skepticism plays an important role in the work through the use of obfuscation of text, figurative representation, and the structural integrity of form. It provides the viewer the opportunity to determine blind spots – to resist or refuse the urge to validate forms of perceptions through naming. Ultimately, I am interested in the potential collapse of ‘standard’ interpretations of representational forms, as well as the geopolitical consequences of America’s military interventions and occupations abroad. To learn more about Gerald and see more of his works please visit his WEBSITE.