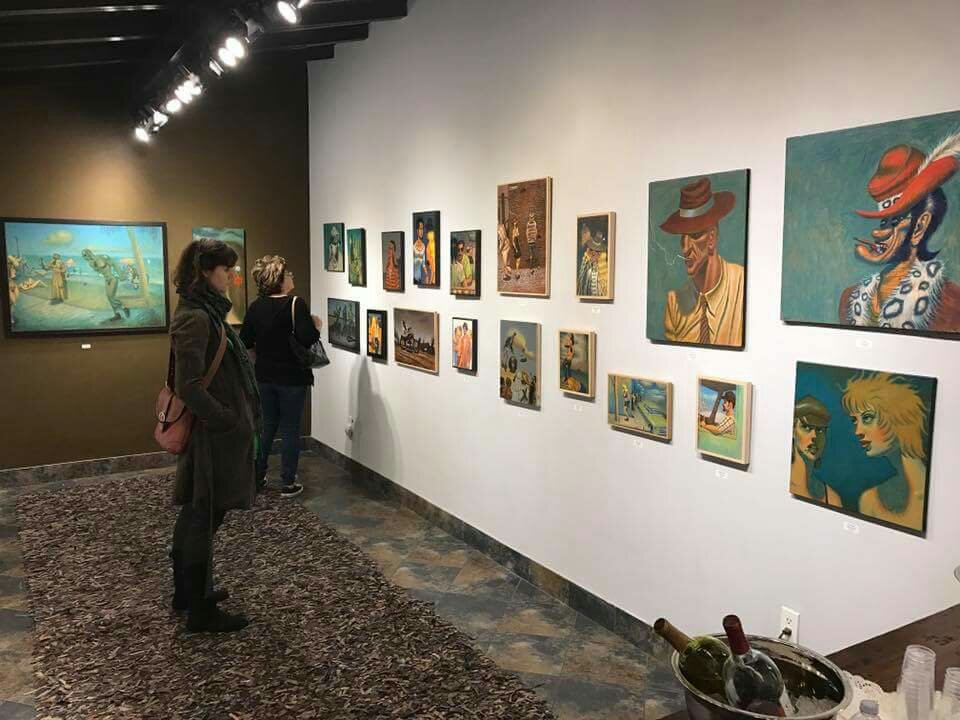 Naturally gifted with a keen observation of everyday life and the cultural, social, political and religious landscape in the world we live, Paul Torres’ art embodies a rich imagination and is laced with social commentary and a soulful interpretation of everyday life. Paul was born in Chile, his interest in art began at age 3 after being introduced to comic books. He developed a love for comic books and started drawing soon after, his father then hired a private art tutor for him. By the age 7 he was already enrolled in an art correspondence school. Early on, Paul also became influenced by Hollywood films and mostly enjoys horror films and Westerns.

Coming to the United States for a one-year stay at the age of 9 to MarVista CA, Paul fell in love with the art culture here. After immigrating to the United States permanently at age 18, Paul served in the U.S. Army, attended Otis Parsons Art Institute forum two years, and then in 1998 he received his Bachelor of Fine Art in Illustration from the Art Center College of Design in Pasadena, California. He has had the privilege to study with very prominent and leading artists such as Daniel Greene, Albert Handell, Norwegian artist Jan Saether at Bruchion School in Los Angeles, and also Joseph Mendez at the Businessman’s Art Institute in Los Angeles. He also worked for several years in the animation and movie industry worked for DIC entertainment, as a Character designer, helped make The Ghostbusters TV Syndication and Network Show Number 1, also have worked for “Cool World”, Ralph Bakshi productions, “Scrooged” and other movies, and exhibiting paintings in galleries and museums and private collections, at the same time.

Paul is known to be very creative by utilizing various mediums. He works with a variety of mediums ranging from oil to acrylic, ink and dry mediums, preferring oil. Although he feels very comfortable working from life and models, he also uses his imagination combined with working from life to bring the work into a more personal level and aiming for magic realism rooted in the tradition of the old masters with undertones of modern influences. Paul has been called a visionary artist and a soul artist.

He has shown at Copro Gallery, La Luz de Jesus Gallery, Rico Gallery, The Hive Gallery, Muckenthaler Cultural Center among many more throughout the US and Europe, and has had many Solo Shows. Paul was also represented at the rental and sales gallery in the Los Angeles County Museum of Art, and have been selected as a featured artist for Cannibal Flower in 2007, and the Hive Gallery. He has been featured in Cultcrusher, Legend , Juxtapoze, Reddoor magazine, Browndwarf compendium magazines ,The Big Book of Contemporary Illustration and many more publications and sites throughout the world To see more of Paul’s works, please visit HIS WEBSITE