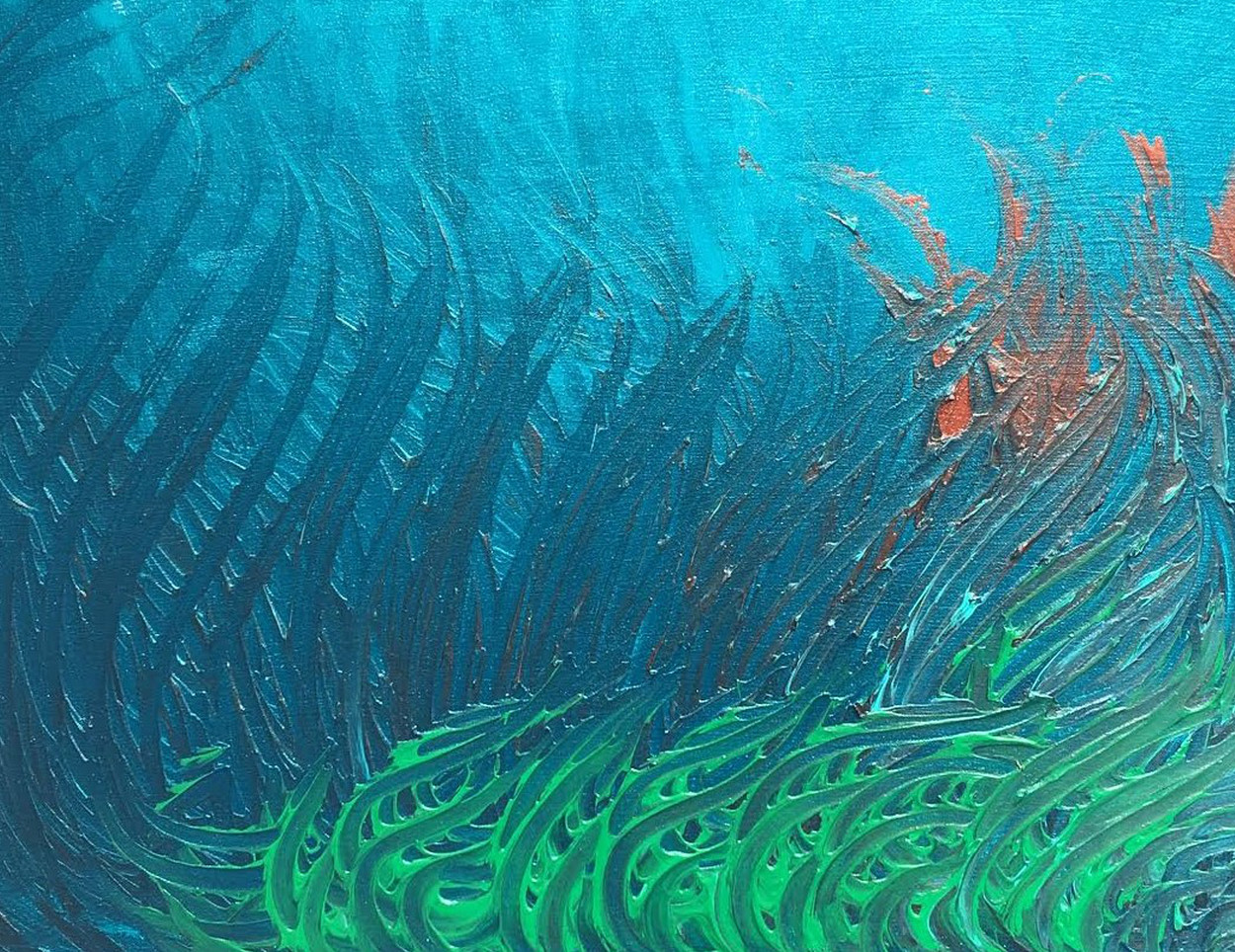 Maximilian Howell (b.1970) is an abstract modern expressionist painter.  Feeling trapped in the corporate world he was searching for a creative outlet but, as a lover of classical art, he felt he wasn’t prepared for such an endeavor as an artist without proper training.  Fortunately the urge to create won out over his reason and in a fury of paint and movement he laid down his first paintings.

His early struggles were with his desire to control the flow of the paint.  Over time he learned to lose control, let it, let himself and the paint just be; and with that came a deconstruction of movement and color that has become his latest series – Aqueous Chromatic Flow.   A series imbued with metallic electro translucency, texture of paint and energetic gestural movement which are counter balanced with negative space.   These are his signature which project his emotional struggle and celebration as he encounters the contemporary world around him.

He was born in San Diego, California however he grew up on islands throughout the South Pacific. While attending middle school in Fiji, he filled his note books with drawings of tribal warriors. In 1988 he attended Maryknoll Catholic High School where he first was introduced to the history of art. His art ambitions were put on the back burner when he joined the US Navy after high school but even then, serving in the Gulf War as an Aviation Electrician, he was able to express his artistic side by offering to paint the helicopters and even designing the squadron logo.

Fast forward to 2016; he purchased his current home in Southern Orange County and noticed his walls were bare and decided it was time to paint.  The beautiful beaches of Laguna Beach and his memories of growing up in the South Pacific mixed with the influences of Paul Jenkins, Gustav Klimt and Jackson Pollack result in the strong blues and greens kissed by the gold of a shimmering sun.  Ultimately he is motivated by a desire to create art for art’s sake and impress an optical transcending experience for the viewer void of the noise of the modern world.