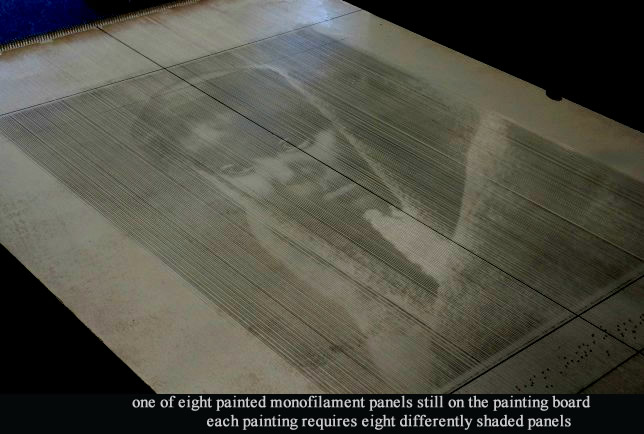 I first began drawing and artwork in general when, as a child, I stole into my Grandmother’s studio and “borrowed” a piece of her charcoal and sketching paper. She was a commercial artist. She caught me. But instead of being angry, as I feared, she sat me down and taught me how to draw. Years later, I had the opportunity to study with and help American master sculptor Ed Dwight with his 12 foot high bronze statue of Dr. Martin Luther King, Jr. that stands today outside Morehouse College’s King Chapel in Atlanta, Georgia. His work inspired me to devote more practical time to my art. That made my mother happy. She had always wanted me to be an artist.

Over the years my work was commissioned and sold to private collectors around the country and was also shown in galleries in Massachusetts, Maryland and Michigan. Before the Russian/Ukrainian master stone and gem carver Vasily Konovalenko died, he saw my work and invited me to study with him. Unfortunately, the time we had was cut short by his death.

While a Long Range Reconnaissance Patrol leader (a LRRP) in Vietnam, I was shot in the head during a combat mission. The wound resulted in severe migraine headaches, which I still endure today. In 1993, I suffered a migraine that caused a stroke which, in turn, took my eyesight in just 30 minutes. After losing all but a pindot of my eyesight, I found myself divorced and the blind single parent of two preteen daughters. I was also unable to continue teaching at the University of Colorado and lost all confidence to continue with my art.

I was also angry. So angry in fact that I even destroyed many unfinished pieces and most of my notes, drafts and records. It took many years to accept being blind.

In 2000, at the encouragement of my children, I began to produce art again. Slowly. For friends and family as gifts. But the more I did, the more I felt I could do. I kept working and re-learning the craft – learning how to do my art without the eyesight an artist so desperately needs. It has been a long process but I finally remastered the skills – using a variety of special lenses, but the art and the quality are finally there again. After years without art, once again, I love what I do.

Today, I have three books published on art and my monofilament paintings, scrimshaw, and other works are collected internationally. My art has won numerous awards, including the VA National Gold Medal for Fine Art, the Sargent Art Supply Company National Award for Art, and I have been honored as a Kennedy Center Registered VSA Artist in both the visual and literary arts.

Outside of my art, I enjoy my children, my writing, and my continued study of the martial arts. In 2002, I became the only legally blind man, and oldest man, to ever win the men’s fighting competition at the Martial Arts “Tournament of Champions.” In 2004, I most humbly achieved the rank of Shodan – a Shaolin black belt.

Three-time Emmy Award winning screenwriter Paul Cooper found out about me and has completed a screenplay about my life. In his words, “It’s a story that needs to be told.”