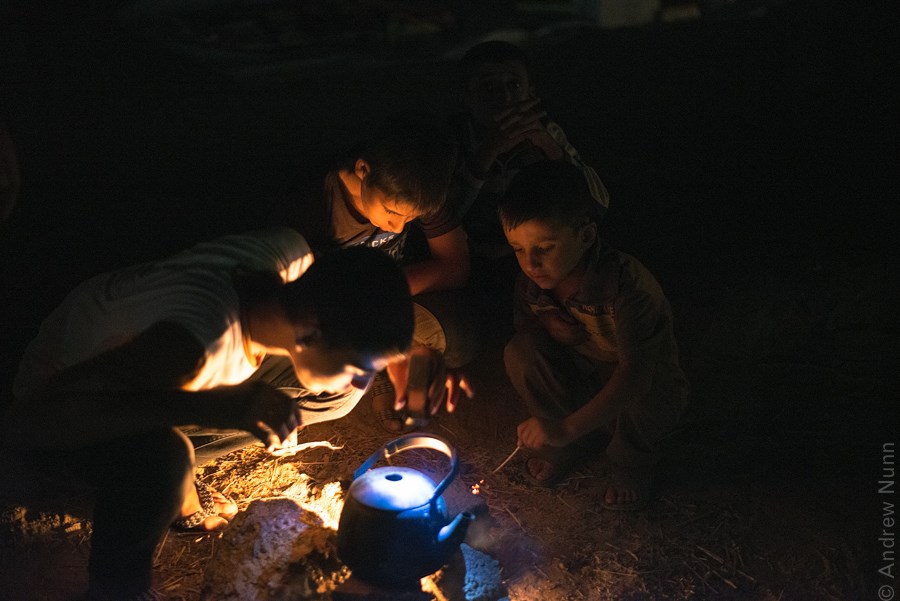 Andrew Nunn grew up in Dodge City, Kansas where he joined the US Army as a Combat Medic in 2003. Following his service in the US Army, he studied at The Art Institute of Austin, in Austin Texas, where he received a Bachelor of Fine Art in Photography in 2014. Andrew has worked as a documentary photographer and photo journalist since 2009, beginning his career at the Stars and Stripes newspaper as an intern photojournalist in 2010, in Kaiserslautern Germany. In 2009 he began working as a documentarian and as a freelance photojournalist, focusing on US military veterans of the wars in Iraq and Afghanistan. In 2014 began working internationally, focusing on conflict in Guatemala, and Mexico, then moving on to work throughout the middle east in Iraq, Syria, and Turkey. His work has taken him to the front-lines of the ongoing war and refugee crisis in Iraq and Syria.