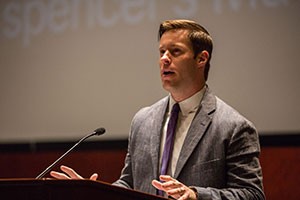 Chase Millsap served as a Green Beret during the Iraq War and is currently a filmmaker and activist based in Los Angeles. He founded the Ronin Refugee Project, a non-profit devoted to creating a path for Iraqi and Afghani soldiers who fought alongside American forces to become American citizens. For Chase this is a very personal mission: he has friends who he served  with who are now refugees. He visited one in Turkey, and his quest to help him gain the refugee status he needs to save his family is the subject of a short film he produced with his brother.

You can view “The Captain,” his documentary, here and learn more about his activism on this website.