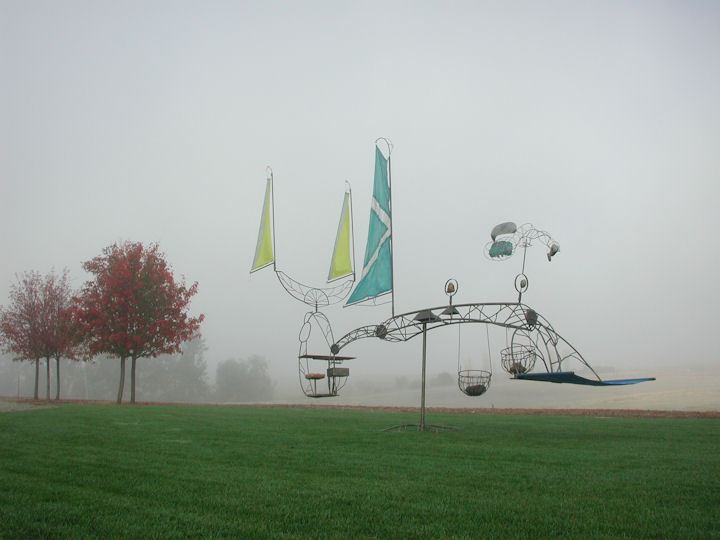 Phill Evans has been producing sculptural arts and design in the Sacramento area, regionally and nationally for the past 40 years. Inspired by people, places and things Phill’s creative curiosity is charged by personalities, historical perspective, geophysical observations and balancing design conclusions with the engineering sciences. He has created everything from sculptural (yet functional) bike racks, park benches  to giant interactive kinetic sculptures. He has even produced a sculptural beer-brewing wagon.

One of Phill’s first studios was at an air force base in Sembach, Germany. Stationed there from 1965 to 1969. He received recognition for his work, which including a sculptural plaque dedicated to German-American friendship. It was the first of many public works by the artist.  Working with metals, glass, stone and wood, Phill has created many award-winning sculptural concepts in kinetics, furniture, figurative works and pubic art.