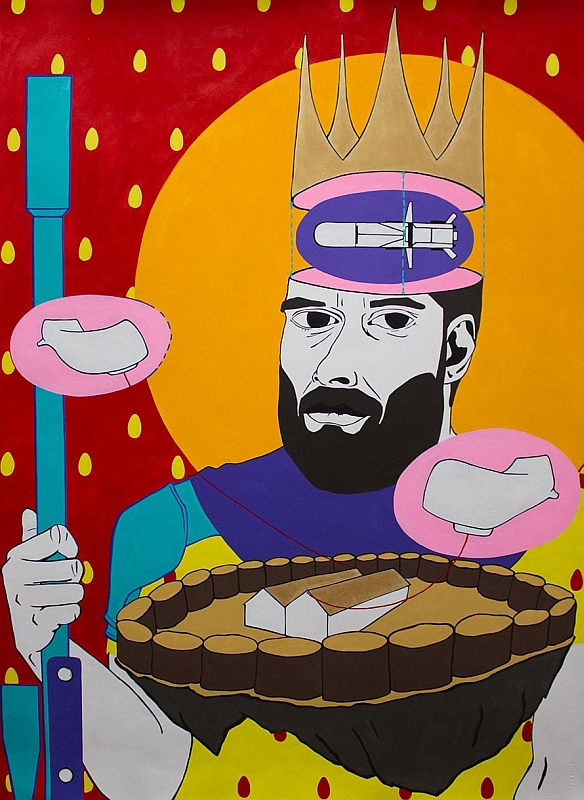 William McQuail is an artist and United States Army veteran. As in his military service, where William was stationed in Afganistan and in Italy, his artistic career has taken him to Italy to study and to Iceland for an artists’ residency.

I see my art as joining an ongoing conversation. It addresses many of the same ideas and themes that have been addressed since art was first made, however, mostly I relate to art as a social critique. This started with my fascination of Neue Sachlichkeit, a movement in reaction to World War One. Neue Sanchlichkeit means New Objectivity, meaning in my mind New Morality. Otto Dix, George Grosz, and Max Beckmann are the three that I think of most. After their experiences during World War One, they and many like them felt the urge to express their truths about war. In the past, many artists that made paintings about war idealized the honor and glory of war, many of these artists had never seen war, especially not the industrialized Great War of the early nineteenth century, responsible for the deaths of over nine million soldiers and civilians.

New Objectivity was a flat rejection of this archaic belief that war was romantic. They used raw emotion and personal experiences to portray a truth about society. New objectivity was first and foremost interested in changing the ideas, beliefs, and morals of, as they saw it, a corrupt and decadent society. My work is in the same vein. It addresses what I see as short comings and contradictions in our society, however my focus now is starting to shift to a more positive outlook. To see more of William’s work, check out his website.