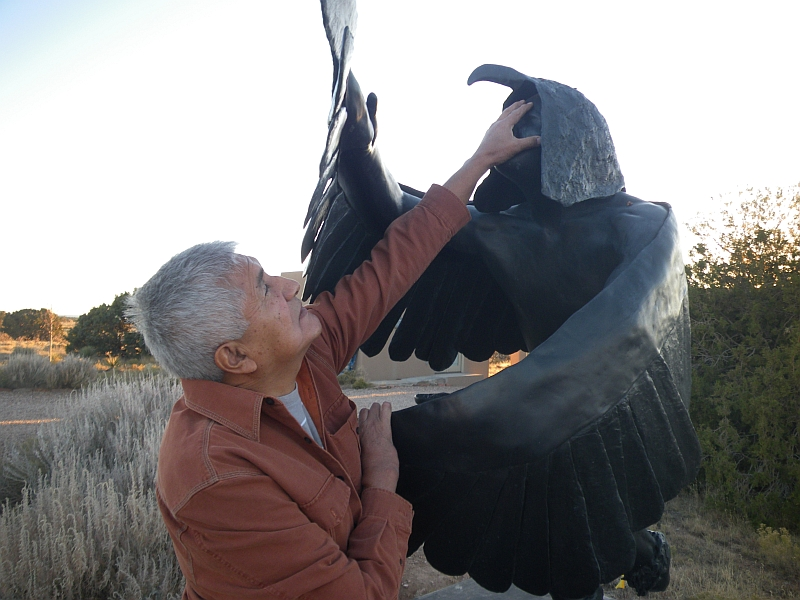 It is not uncommon for creative men and women to feel called from early youth to be an artist. Growing up in the Santa Clara Pueblo and in Taos, Michael Naranjo certainly experienced a clear sense of his artistic avocation.

In 1968 Naranjo’s dream seemed to collapse entirely. While serving in Vietnam, he sustained major injuries from an exploding grenade. He lost the use of his right hand; the explosion blinded him permanently in both eyes. The artist believed that any hope of a career in the arts was snuffed out. While he lay in a hospital in Japan, Naranjo somehow summoned the courage and self-possession to ask for a lump of clay from which he fashioned a small figure.

For more than 30 years Naranjo has fashioned figures of clay which are then cast in bronze. Guided by a sense of touch and keen intuition alone, he has produced works of splendid artistry. Naranjo’s work has received many commissions and awards and been exhibited in galleries across the country.