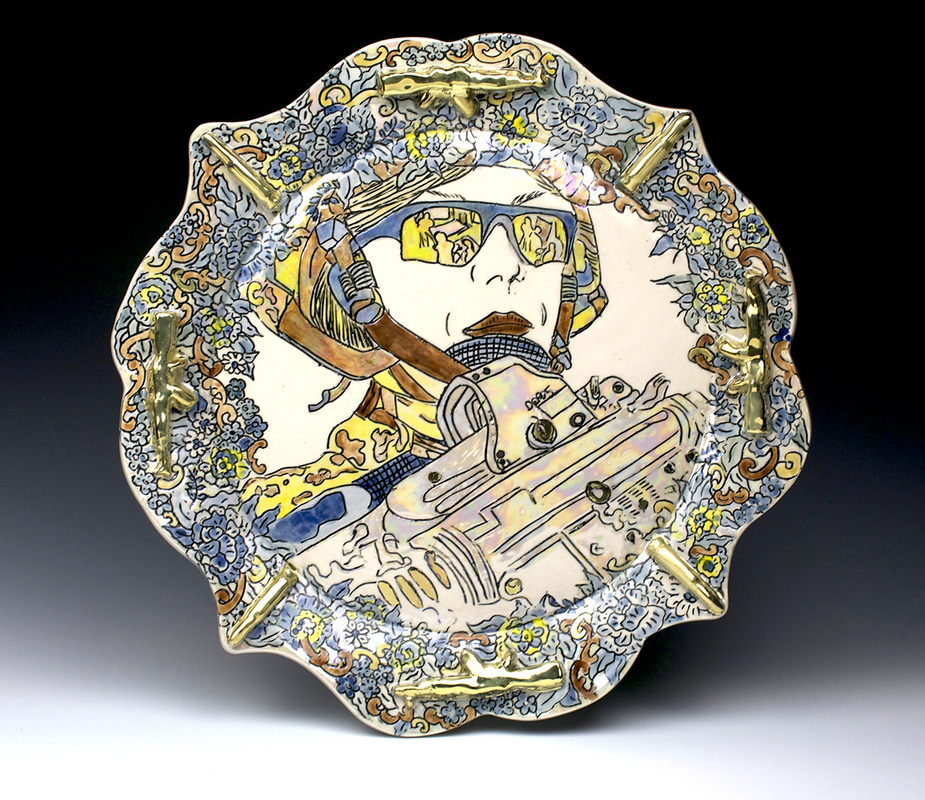 Born in New Hampshire to a military family and raised a “Navy brat”, Jessica Putnam-Phillips has traveled all over the world. As a military intelligence specialist in the US Air Force she deployed to the Middle East. It was during this time she first became fascinated with gender roles, particularly a woman’s place in society. When her commitment to the military ended she changed career paths, earning her Bachelors of Art from the University of North Carolina Wilmington in Studio Art. She then relocated to Vermont and spent the next five years refining her studio practice.

Her work was recently featured as part of “Art, and Other Tactics: Contemporary Craft by Artist Veterans” at the Craft and Folk Art Museum in Los Angeles, CA and at the Museum of Craft and Design in San Francisco, CA. In 2015, Jessica attended the renowned artist residency program, A.I.R. Vallauris in the South of France, spending September and October creating a new series of work and culminating in an international exhibition.

In addition to exhibiting her work and maintaining her studio, Jessica is actively involved in the local art community. She is the director of the Canfield Gallery, a board member of the Vermont Crafts Council and teaches ceramics at the Community College of Vermont and at the Vermont Art Exchange in North Bennington.

As a reflection of my own experience in the military, I explore the juxtaposition of US service women in combat with the domestic and decorative nature of heirloom tableware. Using the notion of “serving” I create objects associated with serving a meal depicting military women serving their country.  I combine military iconography, such as: weapons, armored vehicles, uniforms and insignias with the traditional elements of classical willow ware patterns. This re-imagining subverts the once benign decoration while creating a narrative that is personal yet makes timely and much needed social commentary. The expectation of duty and service that is thrust upon these women is reflected in the form and surfaces of my work. Through the exploration of ceramic tableware and non-traditional imagery I seek to challenge the entrenched ideas of domesticity and gender roles while exposing the social and cultural issues faced by military women.