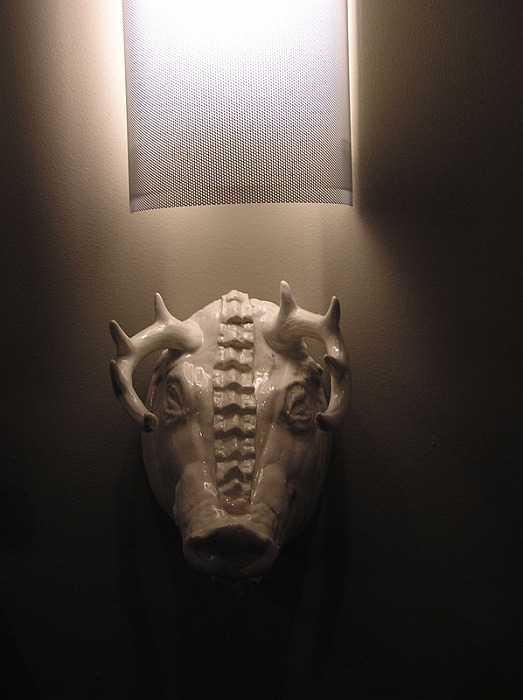 Giuseppe Pellicano is a United States Veteran who served in Germany, California, and Kosovo from 2000 to 2005. He will complete his B.A. at North Central College and will graduate Spring 2012. He has been accepted into Northern Illinois University’s MFA Program.

Giuseppe has exhibited his work at various shows and galleries to include Prak (sis) Gallery and Jackson Junge Gallery in Chicago. He has also presented work in Jen Deveroux’s Animal Royal Fashion Show along with an installation partnered with Ordi and Ali at the Scottsdale Museum of Contemporary Art. Giuseppe was selected to show War Pigs, at the National Conference of Undergraduate Research at Weber State University in Ogden, Utah and will also be presenting this piece at the 15th Annual Rall Symposium for Undergraduate Research at North Central College. This work has been nominated for the Outstanding Student Achievement in Contemporary Sculpture Award by his mentor Christine Rabenold through the International Sculptural Center in Hamilton New Jersey.

Giuseppe has been featured in the Naperville Sun and Beacon newspapers for his work which commemorates soldiers who lost their lives during the Iraq and Afghanistan Wars. This project was funded and supported by North Central College’s Richter Grant and was on display in the Senior Art Show, May 2012.