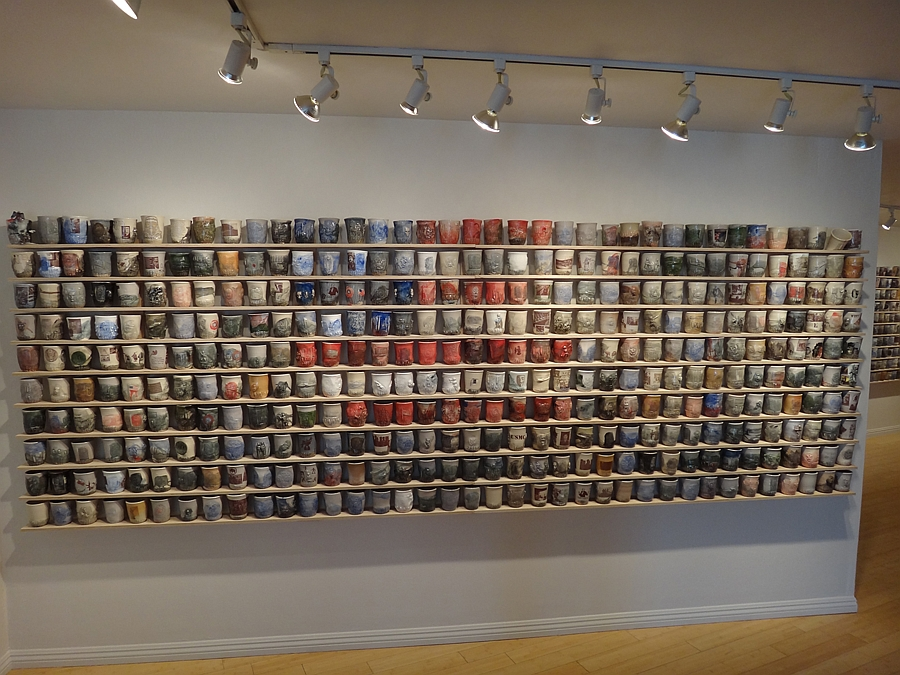 W. A. Ehren Tool is a ceramist whose work seeks to raise awareness about war.

He attended University of California, Berkeley. A third-generation soldier who served as a Marine in Desert Shield and Desert Storm in 1991, Tool began studying drawing when he left the Corps in 1994. His work centers on the production of clay cups, which are decorated with press molds of military medals, bombs and images of war and violence. He often assembles them, broken or intact, into installations or uses them in videos, and then gives them away (thousands to date) as a way to provoke conversations about war.

After my experience in the Marine Corps, I am wary of the gap between the stated goal and the outcome. I am comfortable with the statement “I just make cups”. I’d like trust that my work will speak for itself, now and over the next five hundred thousand to one million years.

Peace is the only adequate war memorial. All other war memorials are failures at best and are usually lies that promote the fantasy of war as glorious. I have made many failures and maybe some lies.

When I returned from the 1991 Gulf War I was surprised to see a G.I. Joe version of myself, my gas mask and my war, in stores, “for ages 6 and up”. I am compelled to make work that talks about the strange places where military and civilian cultures collude and collide.

My intention when I make and share my work is to make and share MY work. I have made and given away more than 14,100 cups since 2001. I believe the cup is the appropriate scale to talk about war. The cups go into the world hand-to-hand, one story at a time.

My cups have been called my soldiers. The vessel has often been used as a symbol for a person. I make work you can drink out of and hold, in the hope that people will spend time with the work.

The images on the cups are often graphic and hard to look at. You may be for or against a particular war but I think it is too easy for us to look away. I think we as a country and as humans should look at what is actually going on.