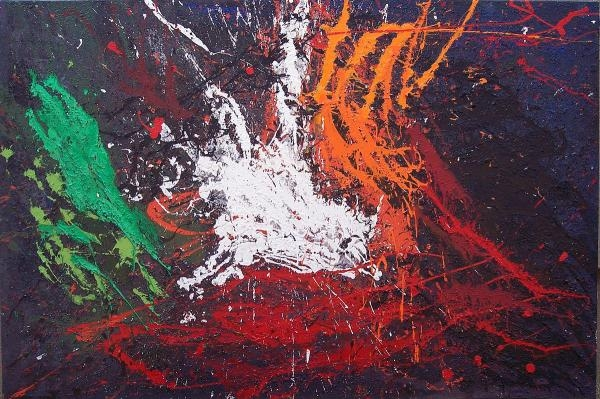 Brian Rock grew up in a small working class nationalist community in North Belfast during the 1960’s, ‘70’s and ’80’s; some of the most turbulent years in Northern Irish history. His childhood was one of sectarian violence, attacks on his home, and harassment by the British Army. He was witness to bombings, shootings, riots, punishment beatings and kneecappings.

By age 8, he had been showered with broken glass from a bar being blown up; by age 13 had witnessed someone shot in the head 3 inches from his face; by 14 watched a gas station attack and saw someone burn in front of him. He bears the physical and emotional scars from a bombing, a shooting, and two stabbings.

His childhood robbed, Brian became embroiled in the perpetuating cycle of violence under the guise of political struggle. He finally left Northern Ireland in 1998, served in the U.S. military from 2001 – 2011, which included an overseas tour. He has since left active duty and is producing a series of paintings based on his experiences in Northern Ireland. He struggles with the emotional burden of memory.