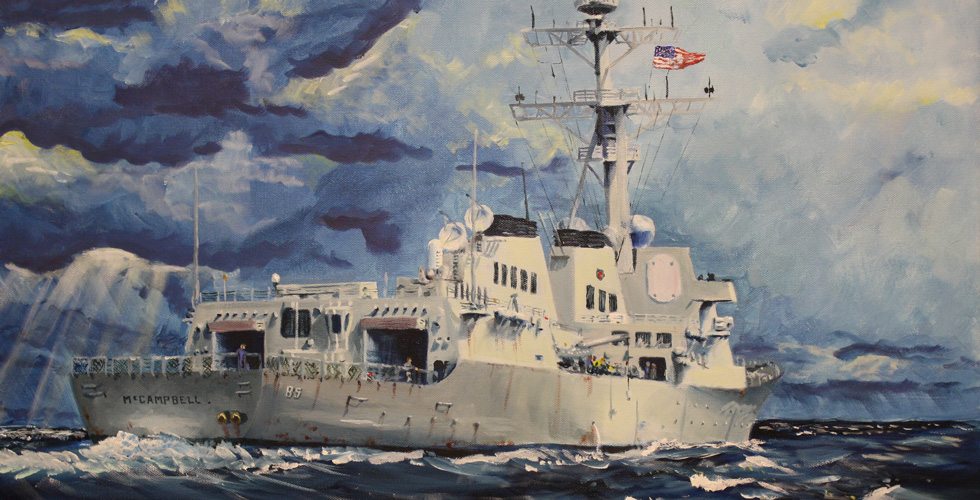 Aaron Burks was born and raised in Long Beach, California. In 1995, he turned 17 and joined the U.S. Navy, reporting to his first ship in 1996. Over the next 15 years he served in both the U.S. Navy and the Army National Guard, including two combat tours as an infantryman, and 10 years at sea on three ships as a Boatswain’s Mate. Aaron served on two deployments to the Persian Gulf (known as “West-Pacs”), and various Western Pacific and Southeast Asia operations while forward deployed to Yokosuka, Japan with the 7th Fleet.

In 2011 he retired from the U.S. Army and focused on making a career as a painter. Much of his inspiration is drawn from his time at sea as well as from maritime and military history. He has shown work in various juried art exhibitions, including Artists of the 21st Century at the West Tennessee Regional Art Center in Humboldt, TN and Impressions at The Icehouse Gallery in Mayfield, KY. In 2015 Aaron Burks graduated from The University of Tennessee with a Bachelor’s in Fine Arts. Aaron now lives with his wife, Jessica and their 4 children in Gridley, California.